Fun Fact: I traveled to the U.K. To play Rugby, when I toured with my team.

Villains on the beats, Underdogs on the streets.

As they are currently seesawing between 3rd and 4th place on the Paradiso DJ Invitational, I got the opportunity to interview the up n’coming DJ and MC duo sibling – SVPERVILLAIN (Joshua Alaniz,) and Guy LeFoux (Jason Alaniz) – based out of the Seattle, WA area. Innovatively excelling in trap and dubstep music, they are always trying to experiment with a unique, blending sound of soulful beats with ton of hard-hitting drops to always keep things interesting. SVPERVILLAIN  first started DJ’ing 11 years ago when he was 15 in his shared bedroom with Jason. This influence led Jason to start MC’ing  2 years ago under the persona of Guy LeFoux.

So what’s up with the masks?

(SVPERVILLIAN) I wanted my mask to have a human look. I also wanted it to light up. Originally I was just going to cover my face in a plain piece of cloth and use light up glasses, but I thought it was too stereotypical for current DJ’s… I’m also not very fond of some of my facial expressions so and I like my privacy. (Guy Lefoux) It was during a New Year’s Eve performance where I was going to MC for my brother. I didn’t want to show up without a mask because SVPERVILLIAN wears one. I saw myself that night as a wicked MC whose goal was to control the crowd. I later came up with the name Guy Lefoux because the mask slightly resembled Guy Fox from V for Vendetta. The words ‘Lefoux’ mean ‘the fool’, I was the jester, entertaining the people… A henchman for SVPERVILLIAN.

What introduced you to the EDM scene?

(SVPERVILLIAN) We kind of learned from our dad together, sometimes it first went through me before it got to him. So it was nice to share a bonding experience from our dad through the culture of the EDM community.

What are your designated responsibilities as an MC and DJ duo?

(SVPERVILLIAN) I primarily just produce the music while collaborating on different ideas with others to help better my ability to surprise people while mixing. Jason does more of the responsibilities of your average MC, but he also helps make melodies and give ideas on how to better our tracks. (Guy Lefoux) Sometimes we do B2B, so I’m able to show off tracks that I worked on for a majority of the time it was being made. I prefer to be up on the stage using a good build to help pump up the crowd and have more control.

Do you recall the first festival you ever attended?

(SVPERVILLIAN) I remember that for my 19th birthday, my dad took me with him to see Tiesto. (Guy Lefoux) I wasn’t old enough to go because I was only 15, but my first festival ended up being Paradiso 2015. I went with some friends and had a magical experience, but it also gave me an even bigger curiosity on what it would be like behind the turntable and give the feeling to others that these DJ’s gave to me.

What do you think makes you different from other runners in the vote?

(SVPERVILLIAN) We have complete original music other than a few base mixes that we remixed and always try to keep our remixes as unique as possible. We like to make sure that our sound doesn’t sound too linear and doesn’t follow the same patterns as some of what’s played in the more mainstream media. We like to try to path our music to go outside of the line. We have specific techniques that we like to call ‘ammo’ which are generally unreleased tracks of ours or drops we haven’t used before. We call them ammo because they’re our ammunition for when we need to make heavy hits.

If you could choose the theme of your set, what direction do you think you would go?

(SVPERVILLIAN) I’d want it to be something along the lines of the atmosphere that the new Suicide Squad tried to execute, but with more character kind of like the recent Deadpool movie. (Guy Lefoux) I would also want to try and capture the art style and adult graphics from the V for Vendetta comics. It just makes sense considering I tried taking inspiration from it while creating my mask. Plus it’s a theme, I think we could work well with to be taken seriously, but still have a lot of fun and blow people’s minds.

If you could work with any voice in EDM, who would it be?

(SVPERVILLIAN) I would have to say Sia. I know she isn’t in a ton of EDM tracks but she has such a raw and soulful voice. If I had her singing in one of my songs, I’d probably be crying in the middle of making it. (Guy Lefoux) I think I would want Robyn (Stars 4-ever) because she has a really unique, high-pitched voice. I think it would be a perfect mix with feel good trap.

Who is your favorite non-EDM related artists?

(Guy Lefoux) Kendrick Lamar. I feel like he understands music better than most artists currently out there. From his lyrics to his beats, he always knows how to serve the truth while also being humble and full of soul. He’s authentic and I think that’s what’s most inspiring about him. (SVPERVILLIAN) Hans Zimmer. He made the score for the original Lion King, but if you really took the time to look into him you’d realize just how skilled he is. He’s made scores for an insane number of movies and has earned so many academy awards for his talent. I really want to try and embody the talent that he has through EDM. He’s always able to keep his tracks unique and is always able to stay relevant. There’s never a moment he isn’t working on a huge project and I hope to be just as successful one day.

How do you feel about the Paradiso Vote as a whole?

(SVPERVILLIAN) We like the thrill that the vote offers us. Everyone on the vote has talent and it’s cool for us to see what different artists have to offer in their different styles. We’ve probably always kept tabs on who the top five are, just to know what our competitors are bringing to the table. This is a vote where everyone has a chance of winning, it’s not just a clear landslide between places. Although we’re hoping that our fans can really help spread more awareness about us so we can have the real opportunity to accomplish what everyone in the running wants. A place at mainstage for Paradiso 2017, with the hopes to bring something new and fresh to the Pacific Northwest EDM community.

Final Question, if you could receive help/tips from the bigger DJ’s going to Diso 2017, who would it be and why?

(Guy Lefoux) I think I’d want to be able to receive a 1-on-1 talk with Kayzo. His music is always fun and he’s pretty well known for having ridiculous drops. I’d like to try and learn how to have as good of a time as he does on stage while also figuring out his secret to always bringing a fresh beat to boot. (SVPERVILLIAN) I would want to take advice from anyone who’d be willing to offer. I’d want to get as much knowledge and understanding in as much of a variety as I can so it can inevitably make my music more unique and intricate than anyone else’s. 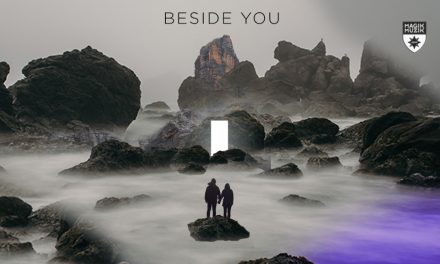 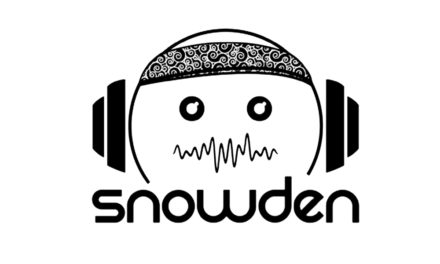 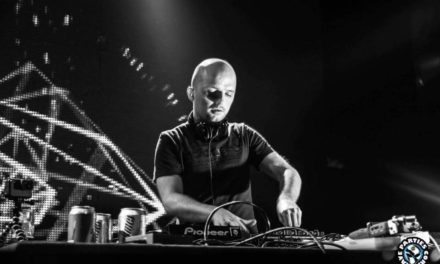 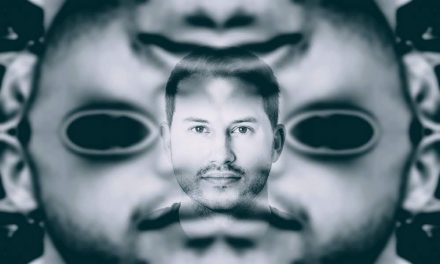