All of us prepared to celebrate yet another astonishing year for Paradiso 2018 from its carnival rides reeling in the thrill seeking ravers, arts, talented performances and to the food that would satisfy even the emptiest of stomachs; but most importantly the lineup that always seemed to get better every year as the festival ages.

The campsites allowed for easy access for all tiers of camping as we caravanned to Gold and explored after we got our camp set up around 5PM. Checking the vendors outs, they seemed to be similar if not the exact same as the ones from last year. After I purchased a pair of LED goggles from Arcane Lights, I was ready to go back to be at camp to get the proper mental and physical rest for the days to come.

Upon awakening, I needed to shower before the day started. Unfortunately, even in GOLD camping there were 2-hour waits before I was able to make it through the shower line. Though an inconvenience, I was able to strike up conversations with others in line which made time fly by and our group were ready heading to the event around 4:30PM. 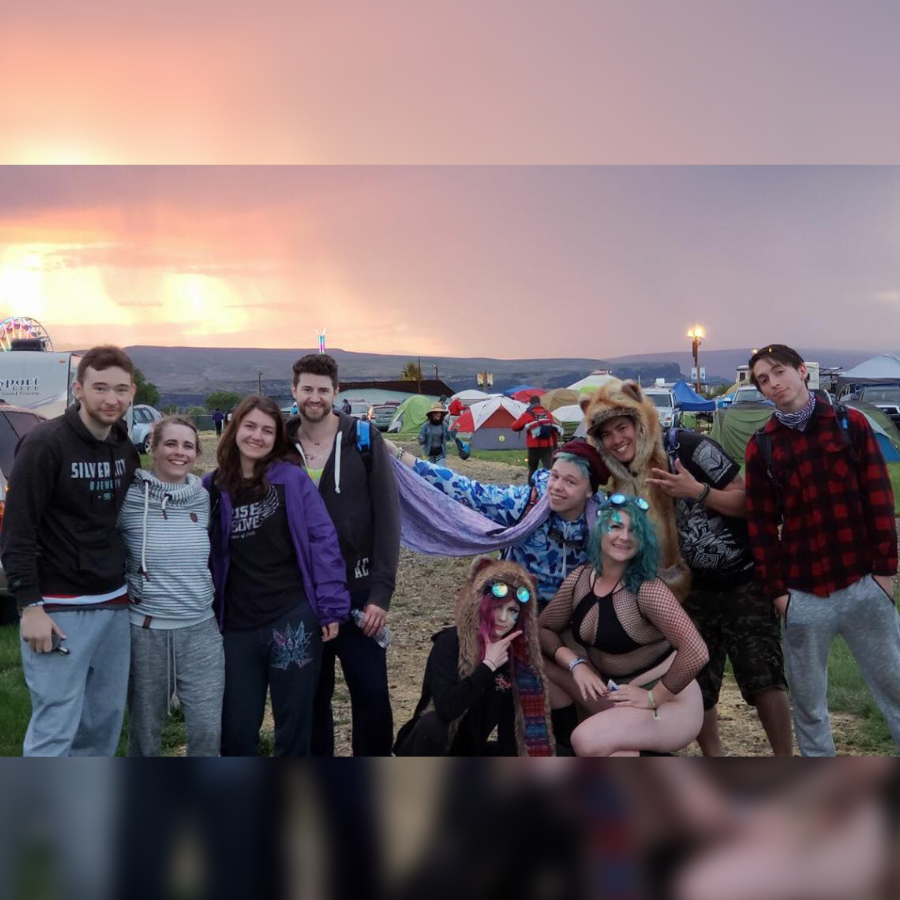 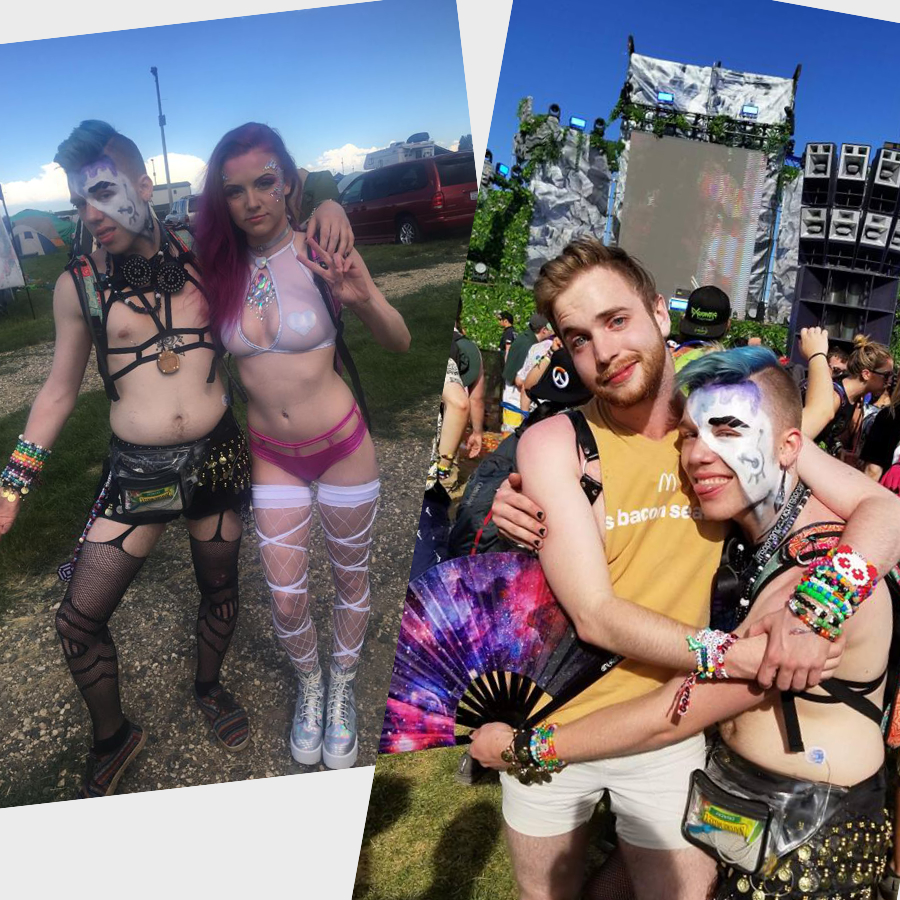 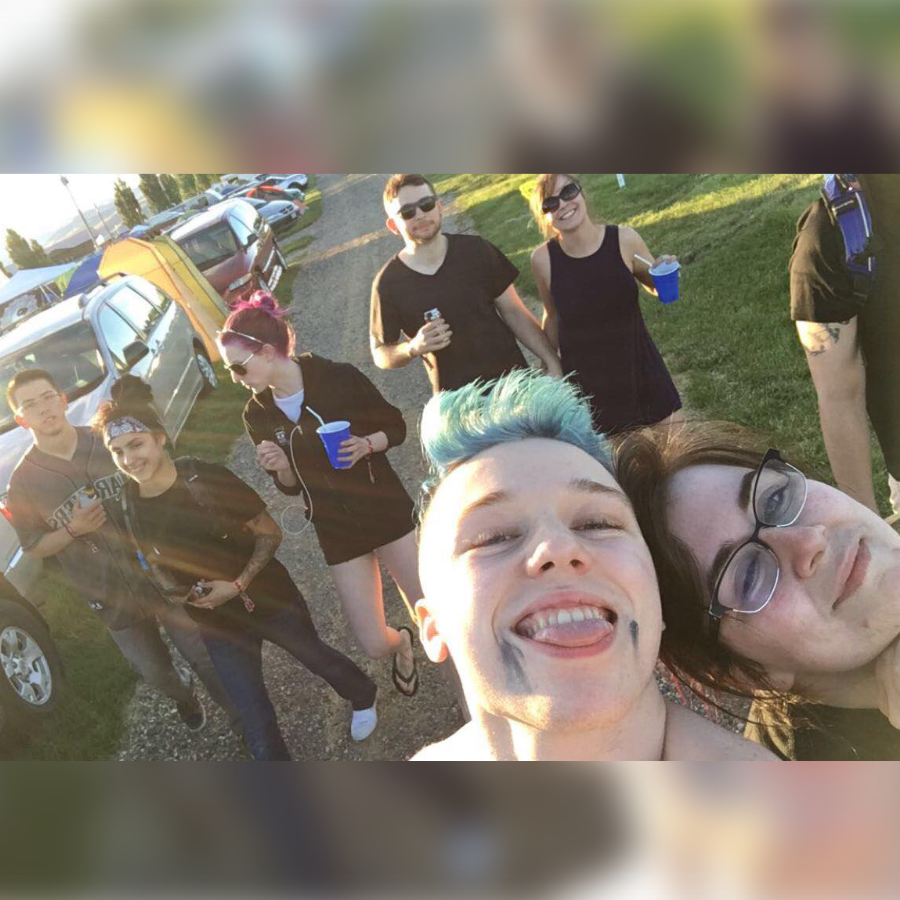 I was a little bummed out to catch the last 20 minutes of Droeloe . The visuals centered around a skull in different scenic backdrop locations varying of objects from stars, to candles, even to a car driving through the desert. But it ended well with their final song Sunburn and the vibe of the crowd was enough to make the loss of time worth it.

I didn’t have a lot of interest in seeing Party Favor at first as his style doesn’t really catch my ear. Though my friends wanted to see him, we ended up getting to the main stage 10 minutes into his set and my first thought was “absurd.” He had colorful visuals that reminisced the 90’s with Nintendo 64 controllers and graffiti, as well as explicit signs and Dolby Digital warning screens. I was impressed by his visuals as he threw a fun show, but I don’t know if I’d personally go out of my way to see him again.

I had only heard a few songs by Dada Life before but never went out of my way to listen to them. Their set opened with an intense monologue in a theatrical voice,

“You are finally here, this is your moment, your home, welcome to DADA LAND“

From then on out, the entire set was going completely bananas. There were visuals consisting of unique animations that reminded me of works by Pendleton Ward. There were human banana hybrids that were killing each other in a violent number of ways as colors splashed across the screen. Clapping hands with huge smiles as the chorus, “Do it till your face hurts, SMILE AGAIN!” played and inflatable bananas surfed the crowd. If I have the pleasure to catch Dada Life again then you know I’ll take the opportunity in a heartbeat.

I’ve always had a soft spot for groove and funk EDM. With multiple opportunities to see Ganja White Night, I always seemed to miss my chances but on this night I was hypnotized by his bass rhythm and found myself rocking from side to side almost the entire set. My favorite moment of his set was when he played LFO Requiem. The way the visuals worked with the stage set up was flawless, as well as seeing the entire hill hobble back and forth. I regret missing GWN in the past, but I’ll make sure to always catch them in the future.

I saw Snails for the first time at last year’s Paradiso and I was impressed with his set, but I have to say he made quite the improvement this year. He brought up the ante by giving the crowd some new visuals of golden geometric patterns along with his classic snail logos. People had some complaints from his Shell Tour regarding his classic vomiting sounds being too frequent. Because of that, he brought heavier bass without much reliance on the gross noises. This was my third time seeing him and I have to say that it was probably my favorite set to date.

For those who don’t know, REZZ has been my favorite DJ for a couple of years now. I had the pleasure to witness her for the first time at Lost Lands and it was then that she stole my heart. Paradiso 2018 was my fourth time seeing  which becaom easily the best set of the entire weekend. I waited in the pit patiently as the screens started shifting with red static. The crowd began to go silent as all they could hear is a programmed voice.

“REZZ, the humans, they won’t understand. They communicate in a different way”

The screens then had a spiral of red shapes spinning to the sounds high-pitched coding noises. The start of Hex (was not yet released at the time) began as everyone was hypnotized to the flashing screens and magnetizing beats. All of these shifts in visuals and sounds led to the best drop I’ve ever come to witness. The drop slammed the audience with extreme patterns of sawblade-esque shapes as the strobe lights twitched across the stage to the sounds and the pyrotechnics warmed the cold air to be much desirable. The drop sounded like a mix between machine clicking and raging guitar riffs causing the crowd to shake the railings the hardest of the night. My friends were skeptical about seeing REZZ as they didn’t think they liked her music style; but only to have a change of mind within the few moments of her set.

Unfortunately, halfway through REZZ’s set, a friend of ours went into epileptic shock. We had to wait a few moments for the Live Nation staff to arrive. Once they did, a few of us followed as they carried him to the med tent. I stayed by his side and told the staff that he needed water. They responded by handing me a scrapped empty bottle “You can go fill this up.” Amber told them that he needed to lay down and they responded to her with “He has nowhere to lay.” “I have my sweater you could lay him down on that!” she exclaimed, but they refused. I know this isn’t a reflection of Live Nation as a whole, but our group was quite flustered and terrified by the situation. It made us think “…does this happen at most events and we just don’t know about it?” We put that idea to rest but it was upsetting that one bad representative could be reflecting the image Live Nation has worked so diligently to keep.

The second day started out slower as we woke up later than expected and we did not get into the event till around 7:30PM. I was able to catch the last 15 minutes of Kai Wachi’s set when suddenly all the sirens around the festival began to speak.

“Everyone please evacuate the festival grounds and go back to the campsite. Do not enter your tents, please enter your cars!”

This sent the entire crowd into a panic as people started bumping into each other and caused a traffic jam when trying to exit the venue. Rain began pouring as the storm clouds came closer and lightning sparked in the distance. The entire process seemed risky and I wasn’t sure if it was the safest evacuation plan for the situation. Some people blocked the exits as they gathered in groups and I just felt that there should have been better preparations for disaster scenarios.

After getting back to the camp, we stared back at the gorge and saw one of the most beautiful sunsets any of us had ever witnessed. We all relaxed and talked as the sun shined on the storm clouds below, keeping our moods bright regardless of the circumstances. The doors were re-opened and we were hesitant to enter the event as the weather had been cold and unpredictable all day.

Once we worked up the heart to re-enter, we went to the main stage to catch Louis The Child. It was an amazing sight to see all the ravers dressed up in their sweatshirts and pants while dancing to the music. You don’t normally get to see festival-goers wearing their winter clothes and still having the time of their lives. Seeing that was an oddly pleasant change and it really helped me feel more in touch with the community. Louis The Child played Better Not and you could see the crowd filled with waves of smiling faces as everyone was ready to give the night another shot.

I was in the pit for most of Tchami x Malaa No Redemption and I was surprised with how in tune I found myself with the rhythm. I wasn’t a fan of Tchami or Malaa before but as soon as their intro began, it was easy to find yourself get lost in the beat of the heavy house. Each person in the pit was in sync while the house kept progressing as both DJs gave it their all. The visuals were like stained glass from a church and grey clouds that quickly turned into sunlight, this brought everyone’s spirits up as it reminded them of the chaos that occurred earlier.

Next was Virtual Self who our squad was more than stoked to catch at The Gorge. I refused to watch any of his previous sets because I knew that I would be more amazed if I experienced the set first hand. It began with a robotic monologue as strobes slowly began to light up across the entire stage. “Virtual Self!” it screamed as the lights sped up and green lasers beamed over the entire hill. The set made amazing use of the lights and pyrotechnics as it seemed to follow the music seamlessly.

What I thought to be unique was how he always played different versions of Ghost Voices at separate portions of the set. It was a first for me to see a DJ revamp the same song at different stages of the set yet always blending in a way that made it feel new. The visuals reminded me of an odd mix between technology and alchemy as the screens flashed with sigils, static, robotics, and thermal vision alike. The set had me floored and I ran across the hill so I could catch some better perspectives. DJ Snake had followed but after the amazing experience I had with Porter‘s new persona, it felt like any follow-up would be underwhelming. I left a little bit early because of this and caught part of FEED ME‘s set on the way out, more satisfied than I thought I would’ve been

Leaving Paradiso this year was a little more bearable than it was last year. Both of my experiences were nothing comparable to one another which left me with a bittersweet taste. I had a few bad moments, but I was still able to have one of the best times of my life with the help of the community.

This year I learned that even if you have some disasters at your event, there will always be someone willing to help you up when you’re down.

Thanks to the loving community, amazing set up, and chaotic adventure we experienced; You can count on catching me coming back to The Gorge in celebration of Paradiso 2019. 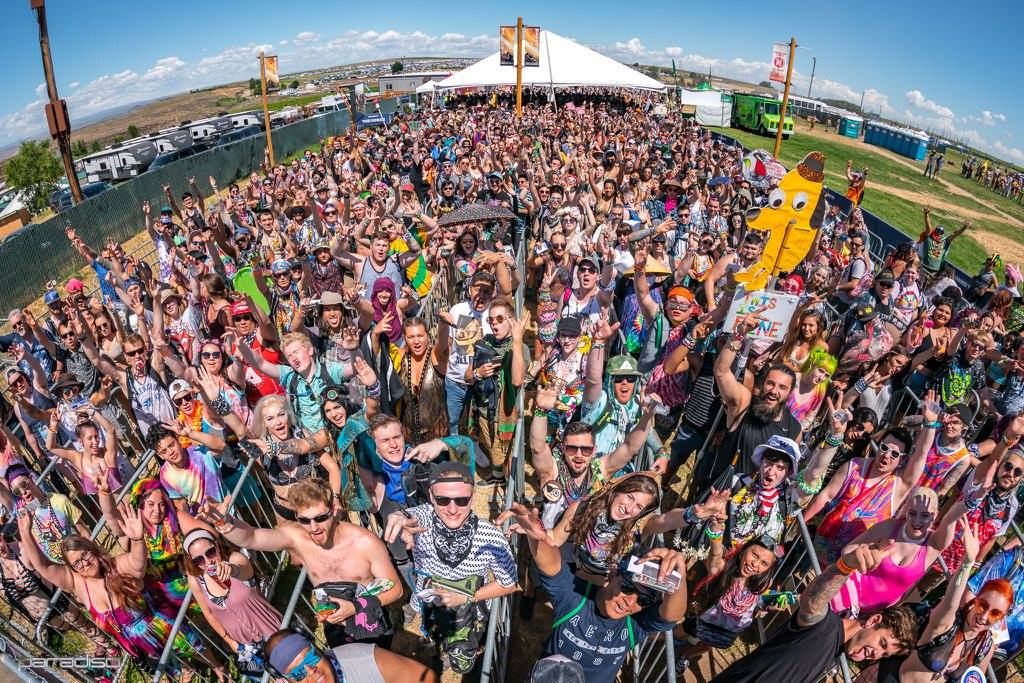 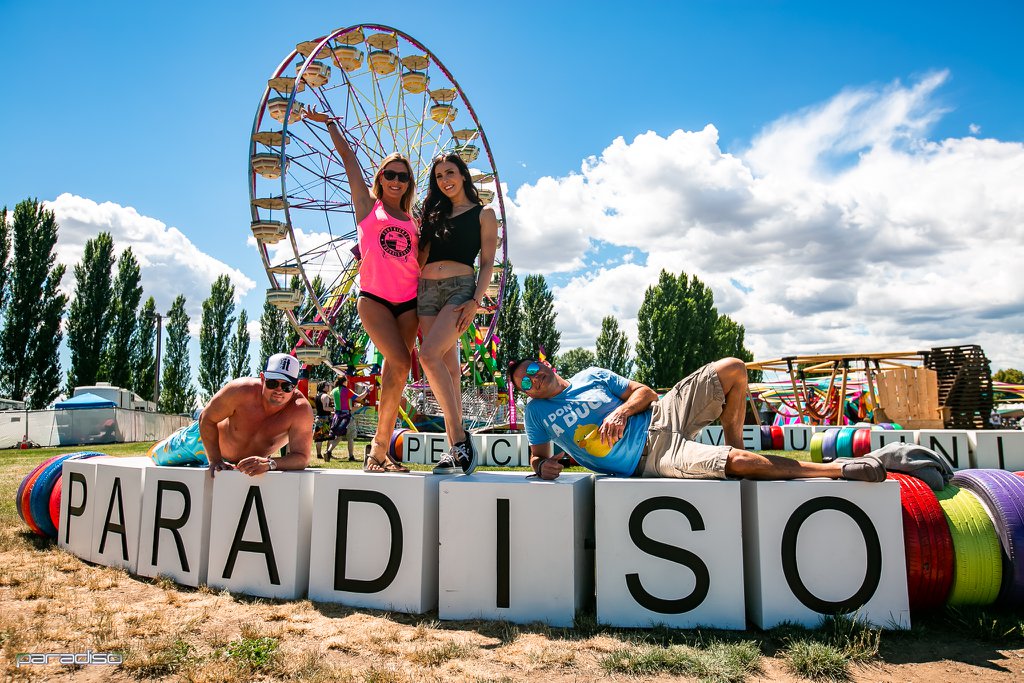 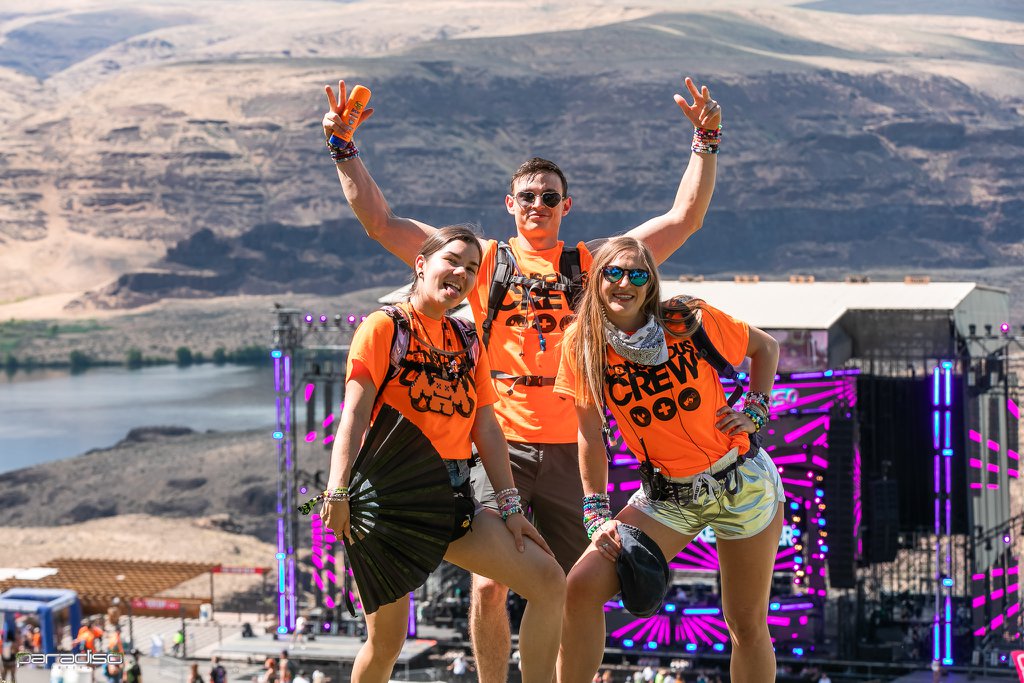 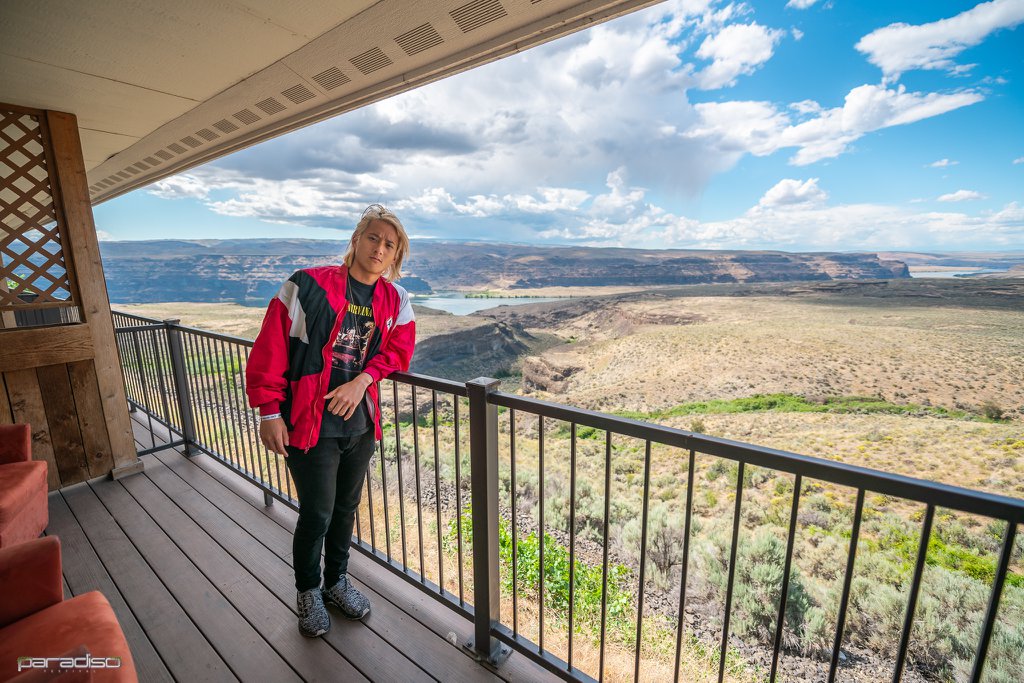 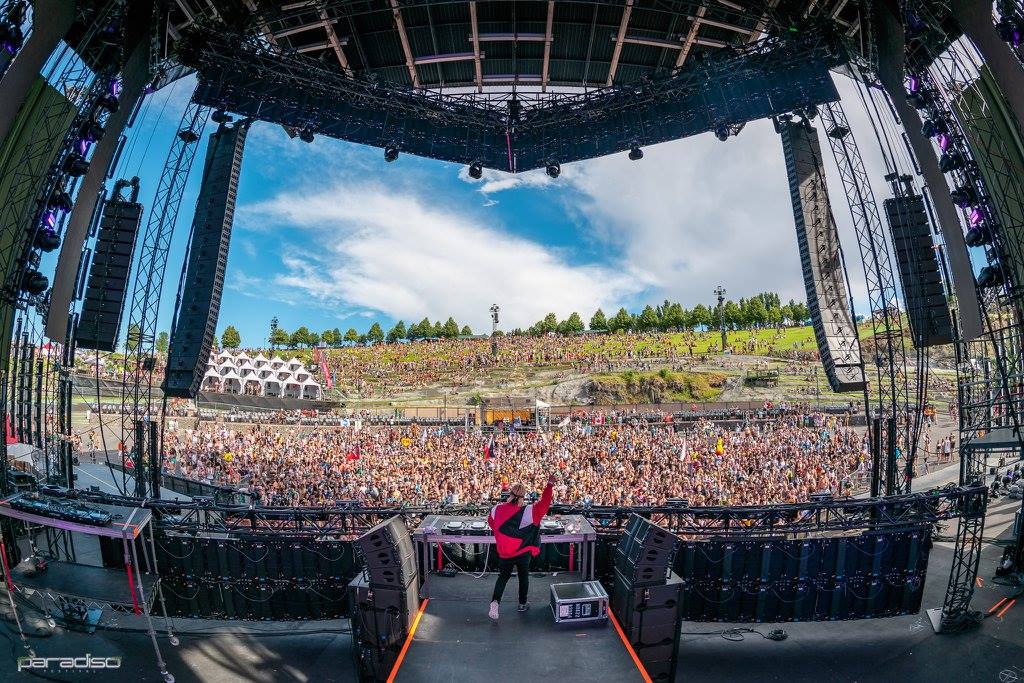 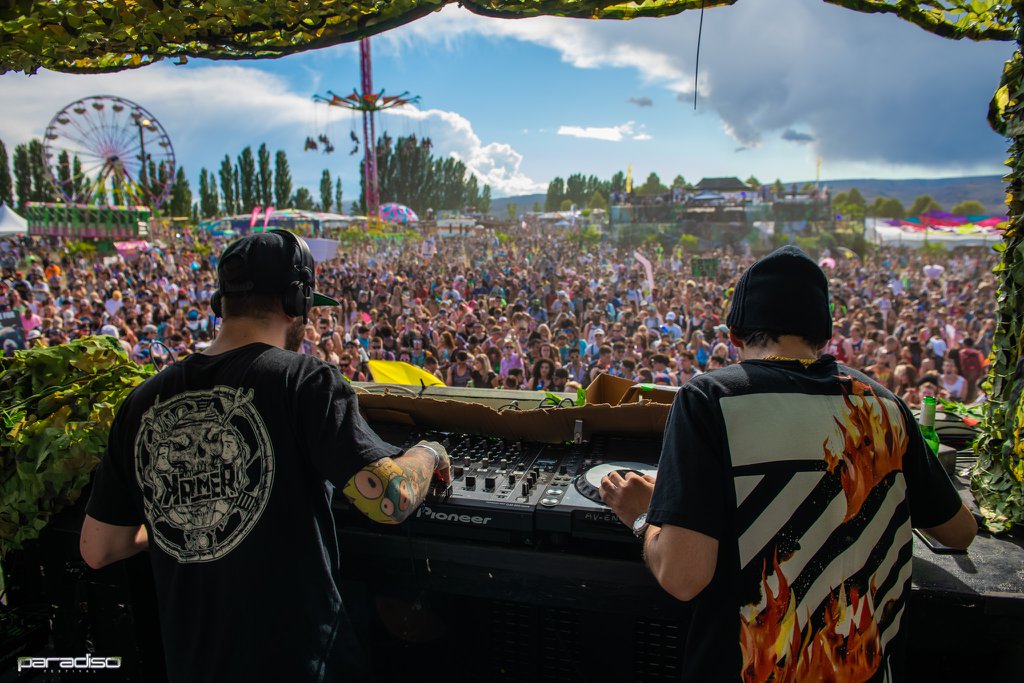 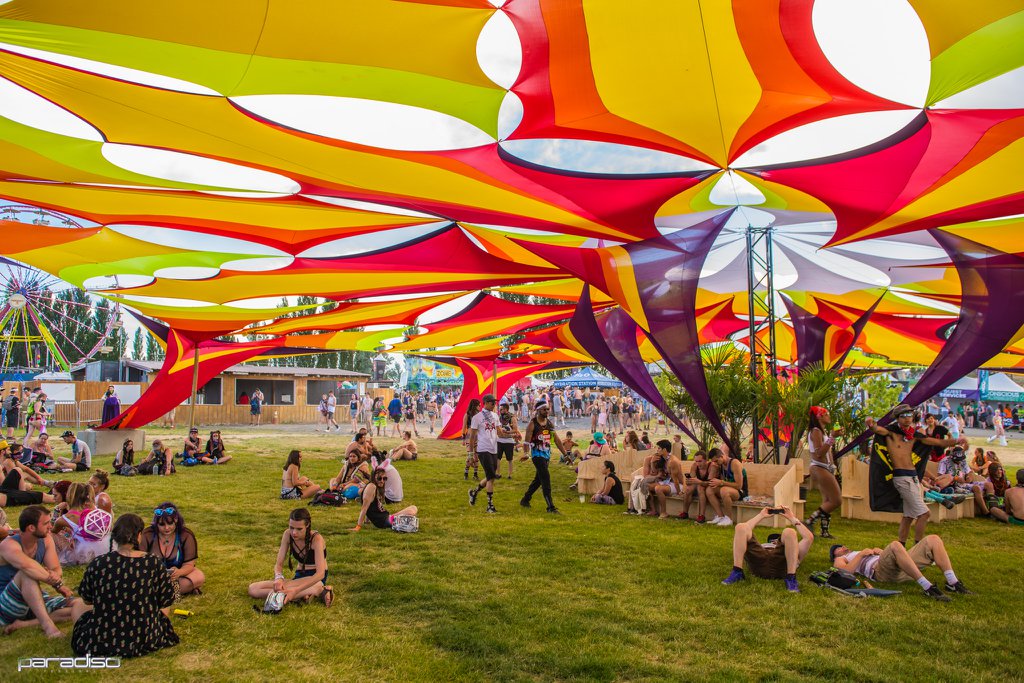 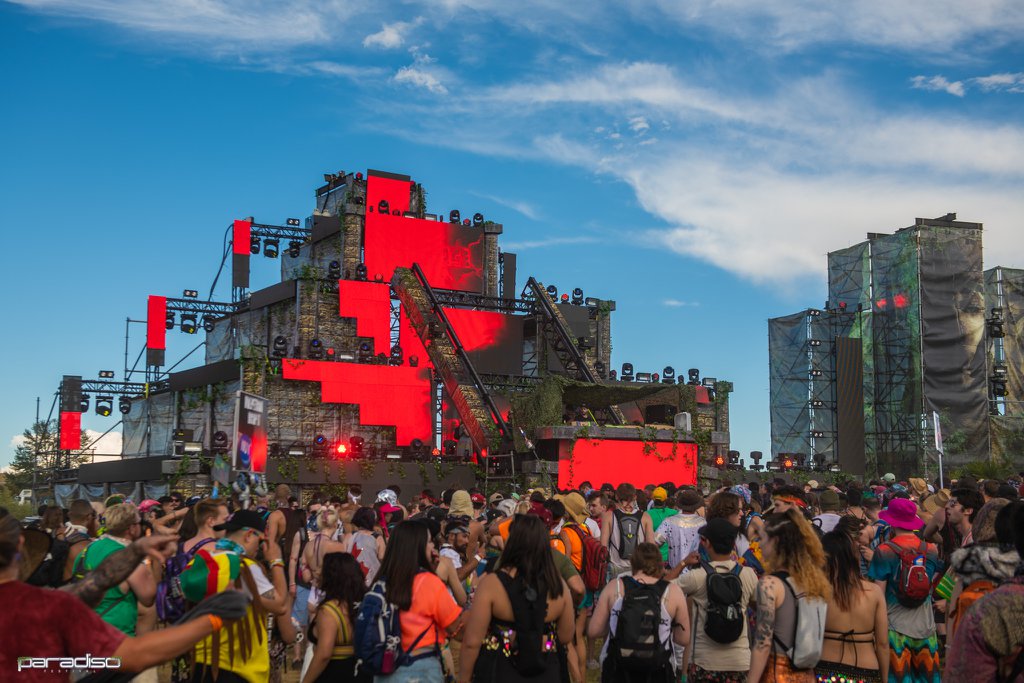 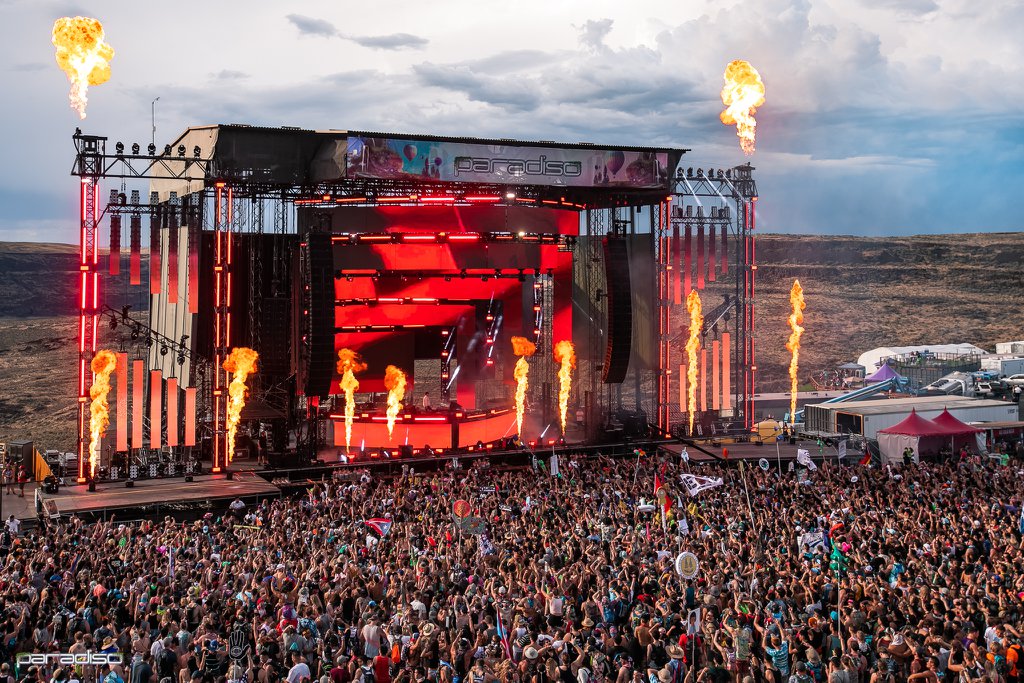 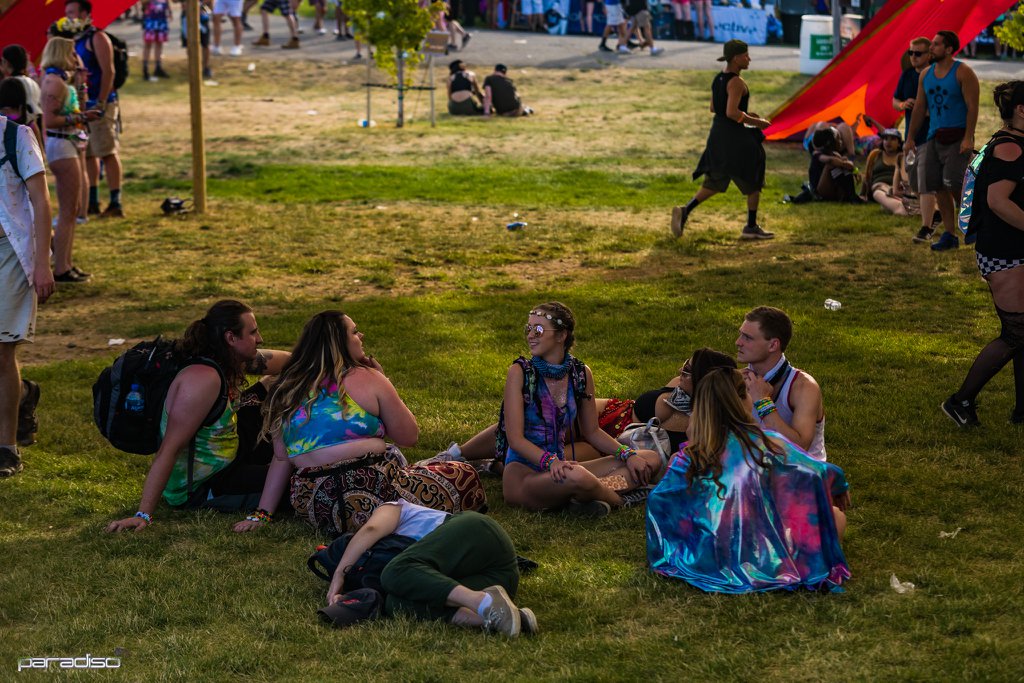 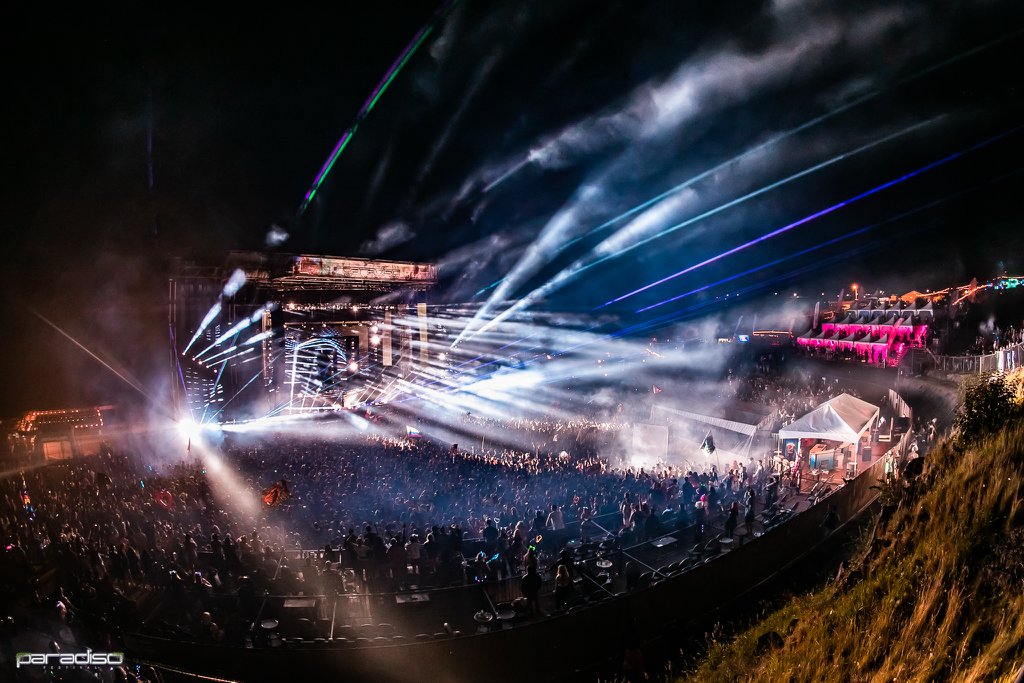 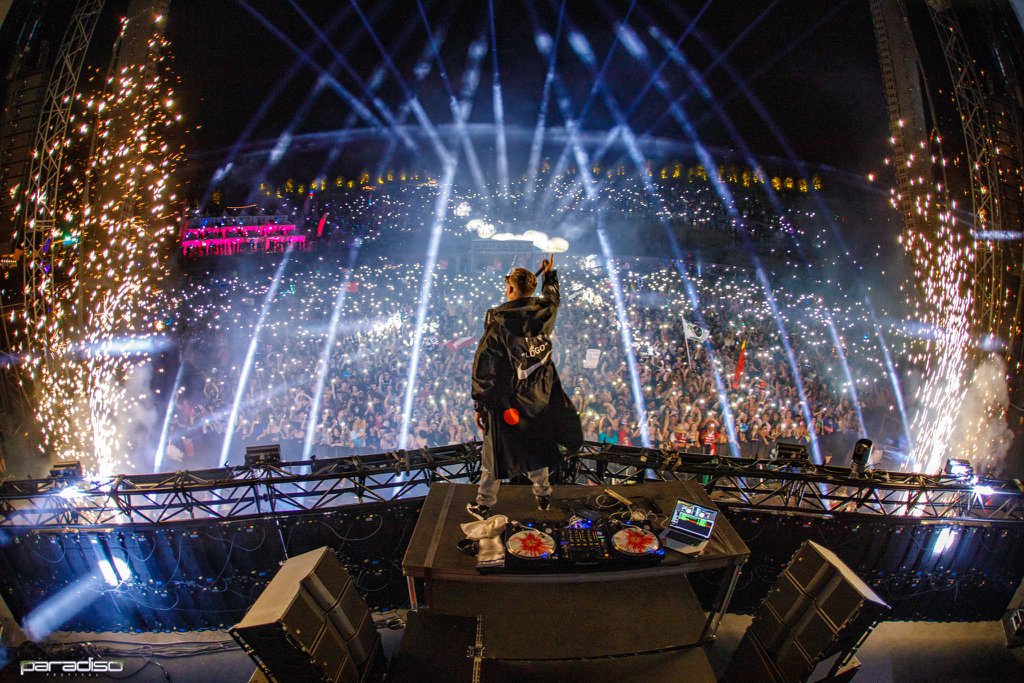 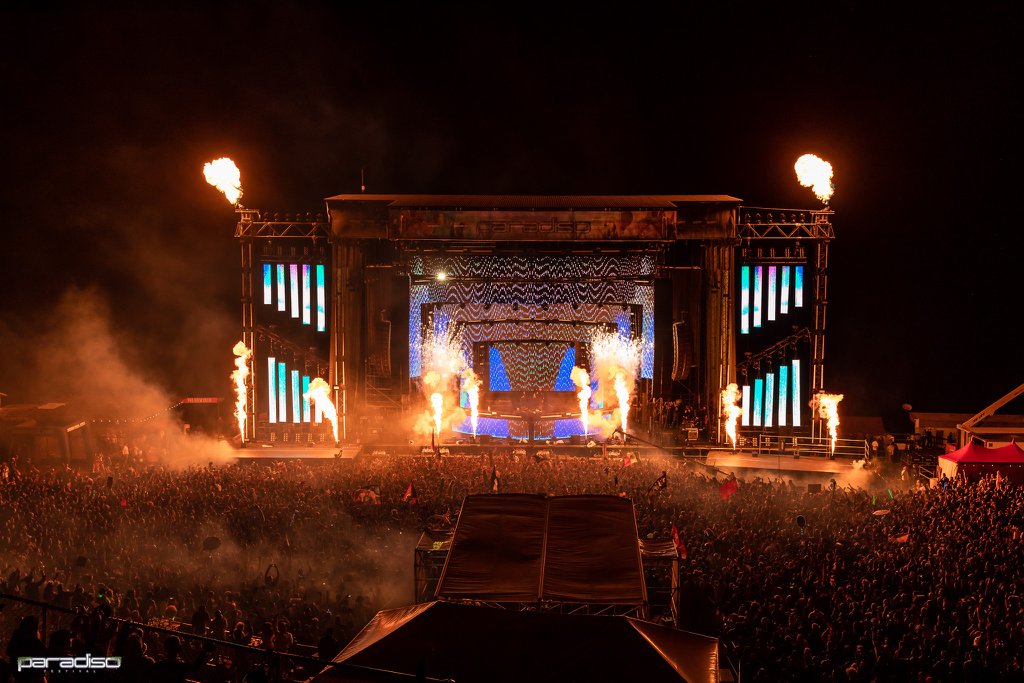 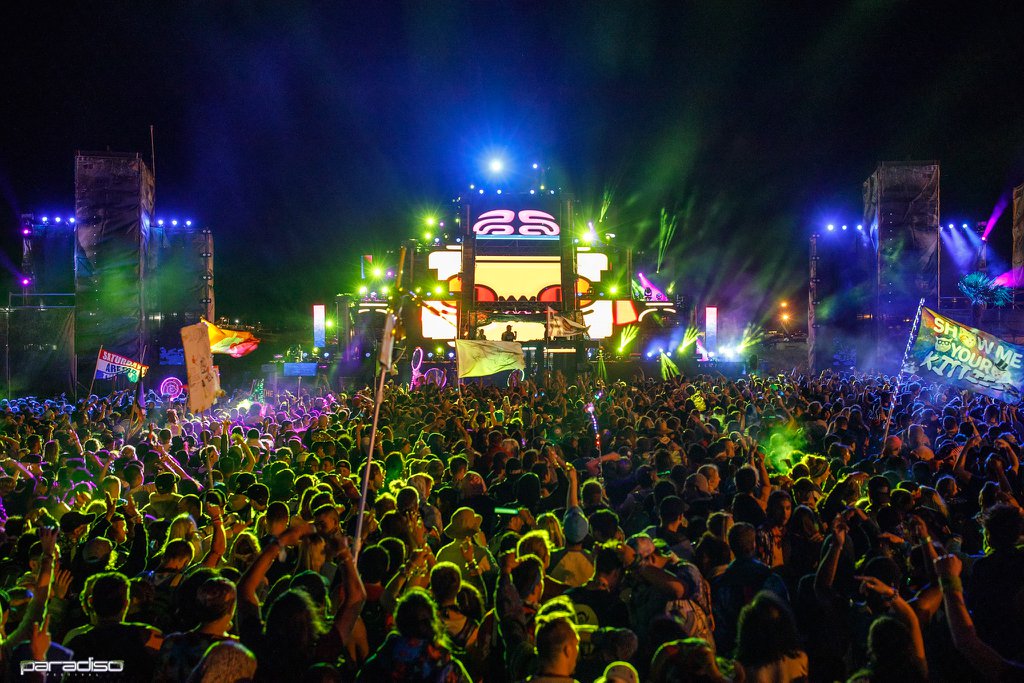 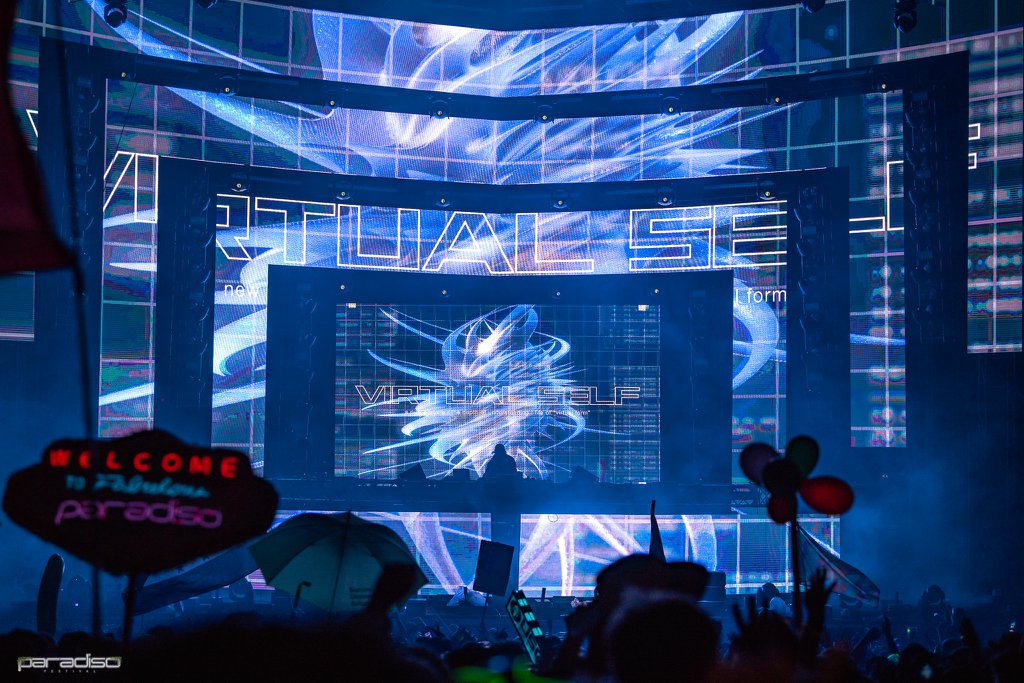 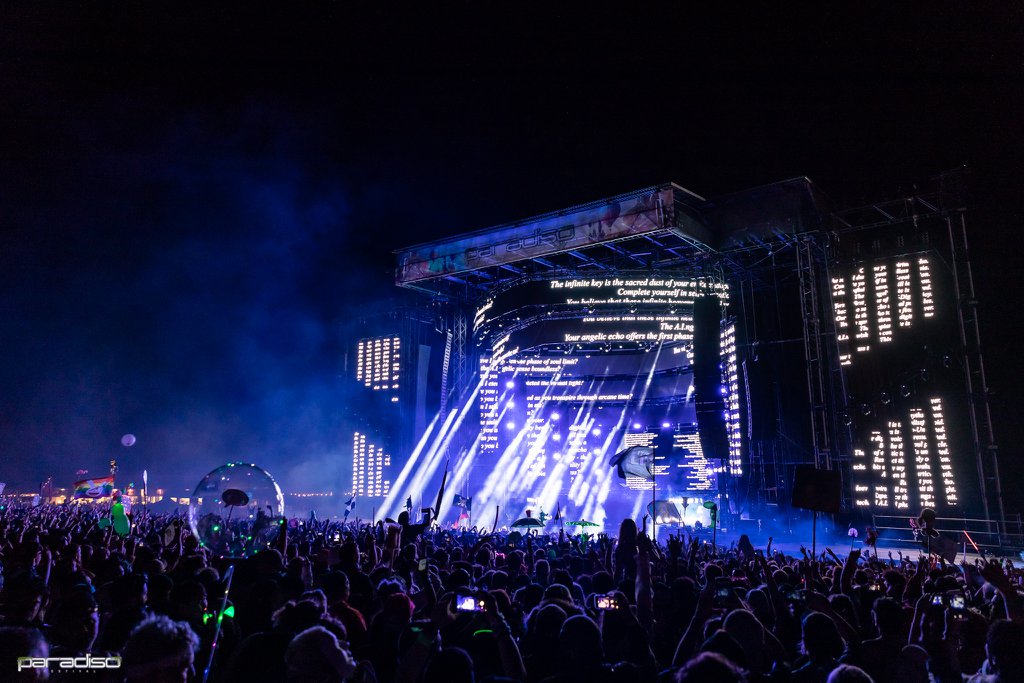 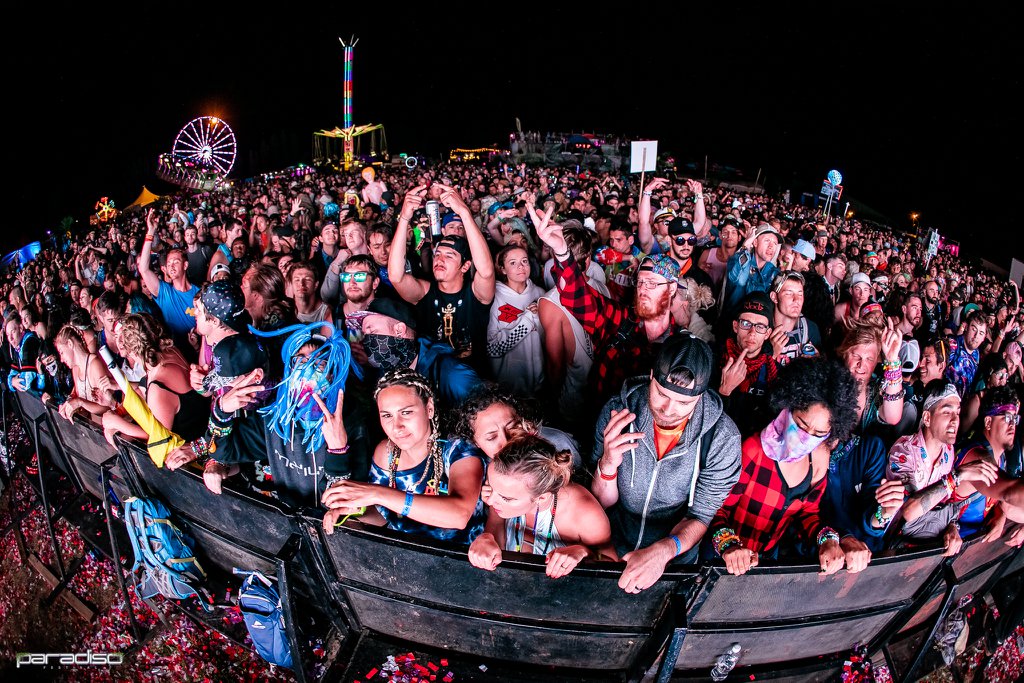 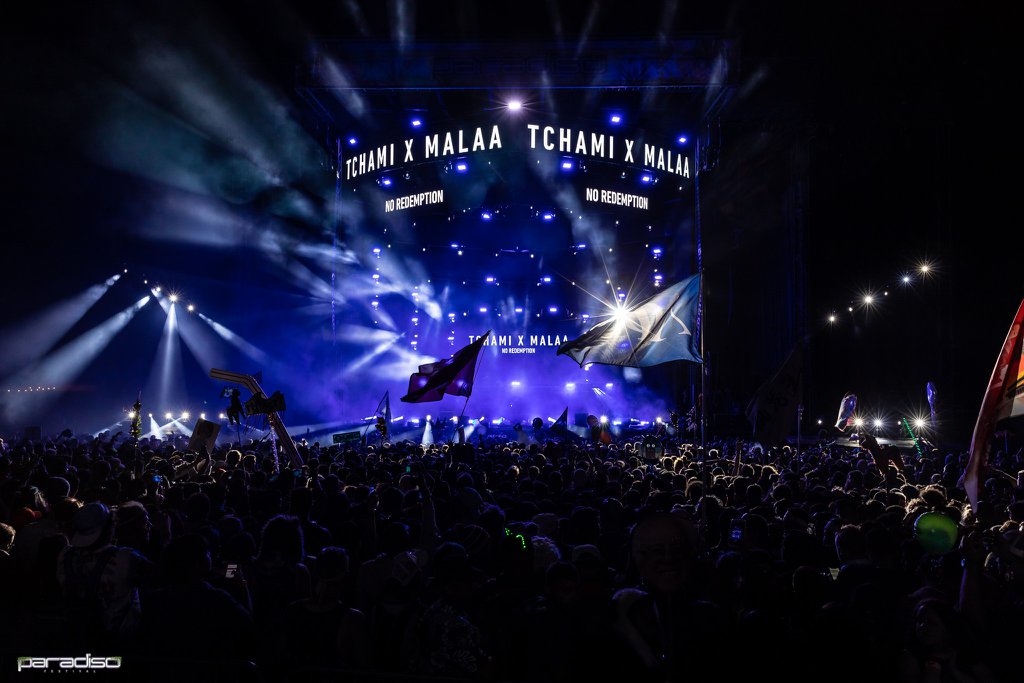 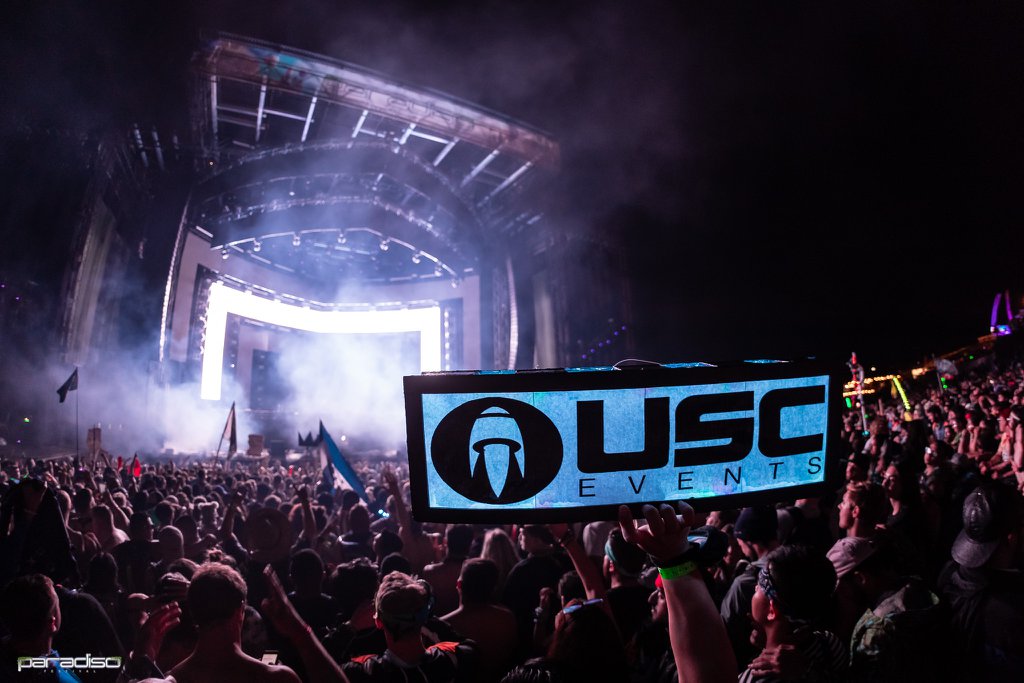 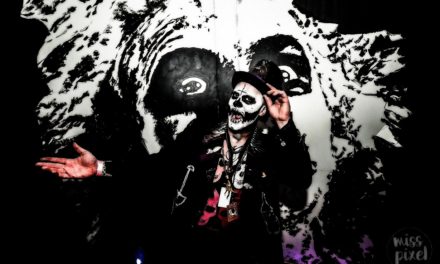 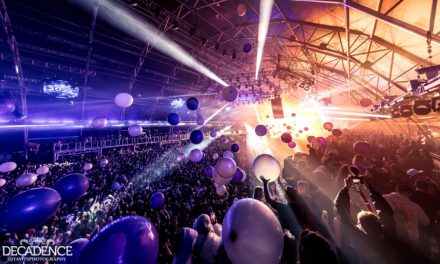 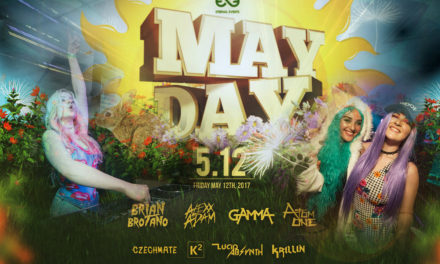 NorCal – Fun time at May Day 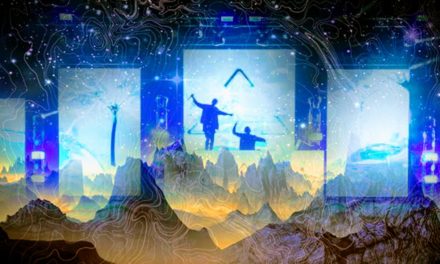