It was New Years Eve and our 4th anniversary

After 3 years of celebrating our special day at a rave, we decided to do a “normal” anniversary, a nice romantic candlelit dinner is all I wanted. So we made no plans to go out and made it a point to state that we weren’t going to NYE Bass Resolutions. Dinner was exactly what I envisioned and we decided to keep it going with bar hops. Something seemed off though as I was getting the itch. I began to think that I may have spoken too soon when I so boldly stated we weren’t raving on NYE this year. But honestly the bar scene just isn’t for me. I wanted to be among my people. I missed the rave vibe. Bars seemed sad and I wanted to be with happy smiling people experiencing connectedness. And the music at this place sucked, not to mention it wasn’t nearly as loud as it should be. I wanted the bass to be heavy, I wanted to feel the volume.

We succumbed to the itch and were on our way to NYE Bass Resolutions in Sacramento. It was a huge relief knowing we wouldn’t have to venture all the way to the Bay and get a hotel. Upon walking in around 10PM, we were greeted by friends and relaxed into familiar family like atmosphere. The party was in full swing, the bathrooms were trashed and girls were making out with girls. The sharp contrast from the painfully boring bar to this exciting rave world was strange. I realized even more so than usual how much I felt at home. 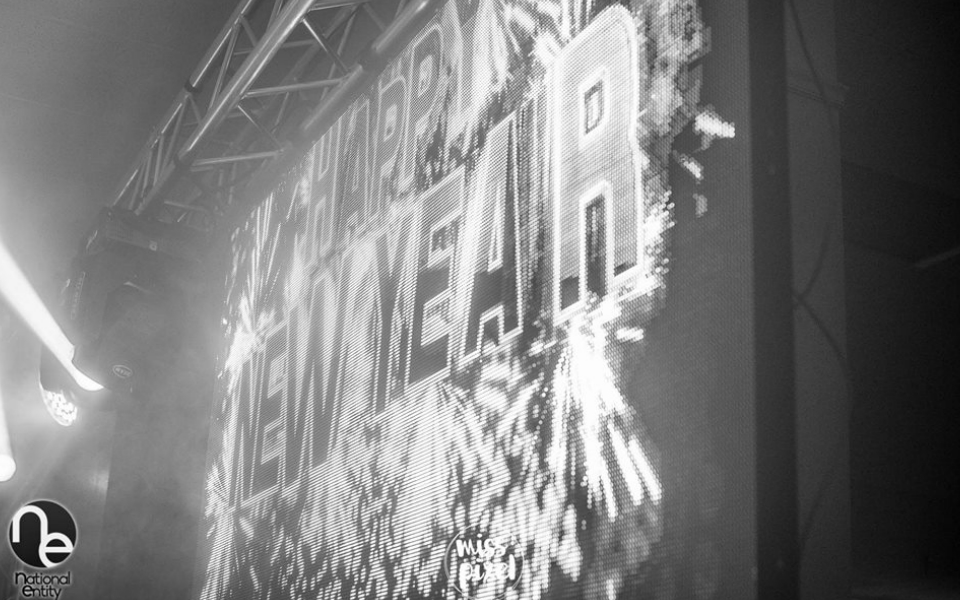 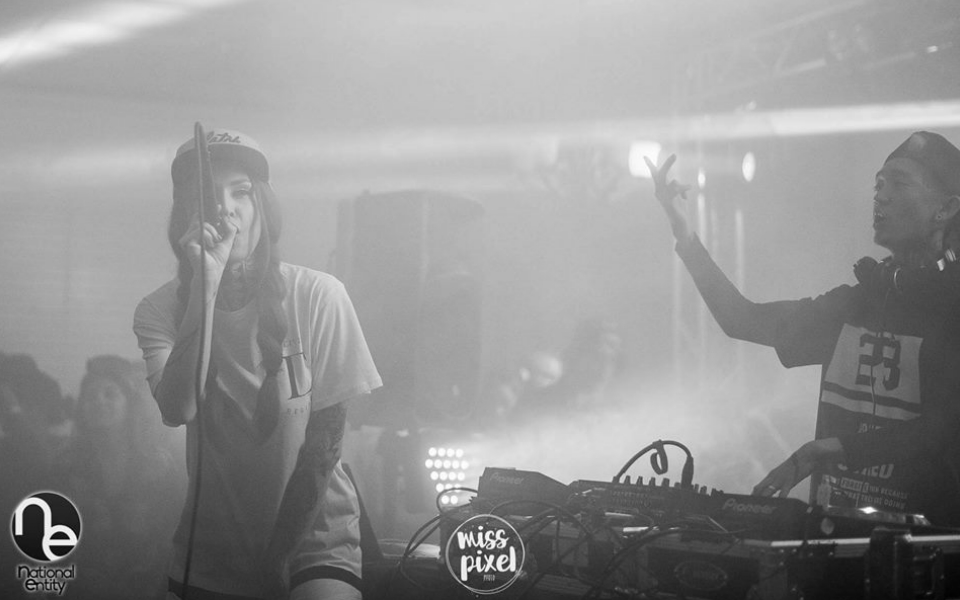 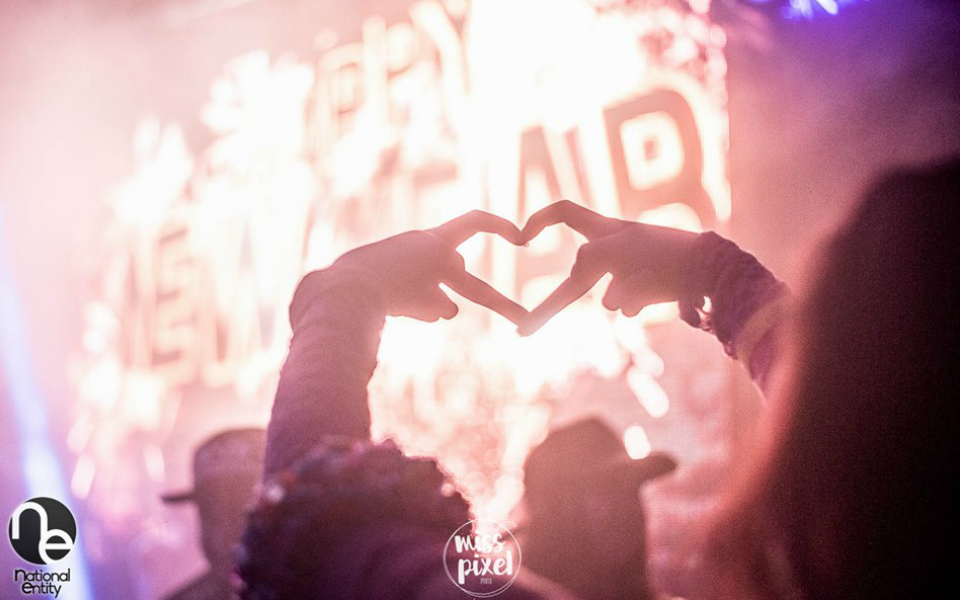 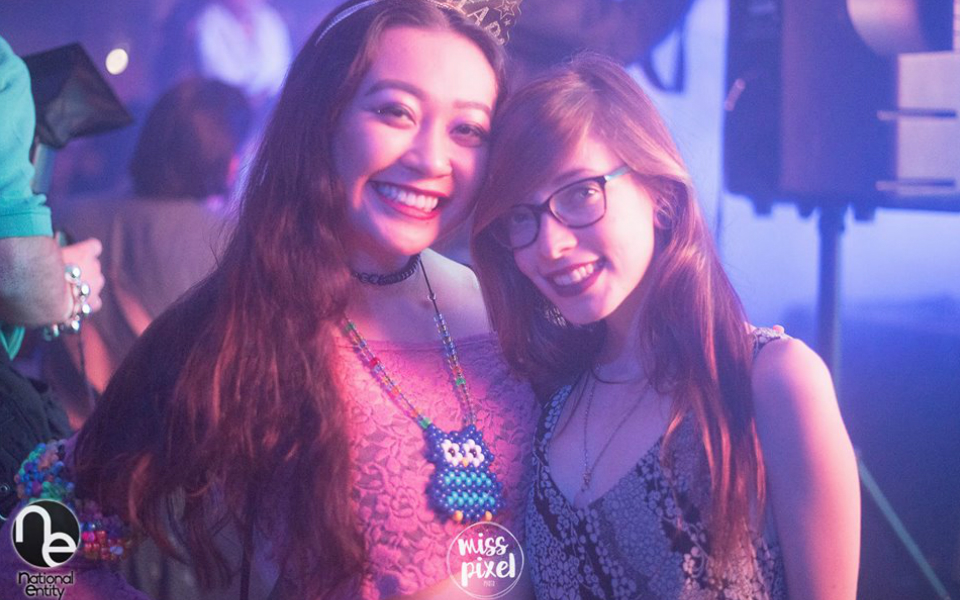 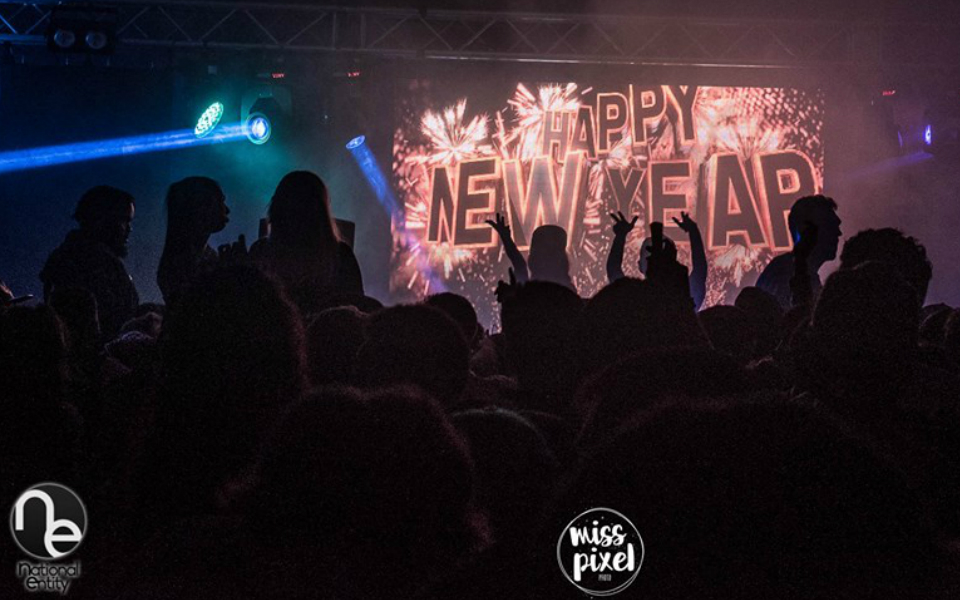 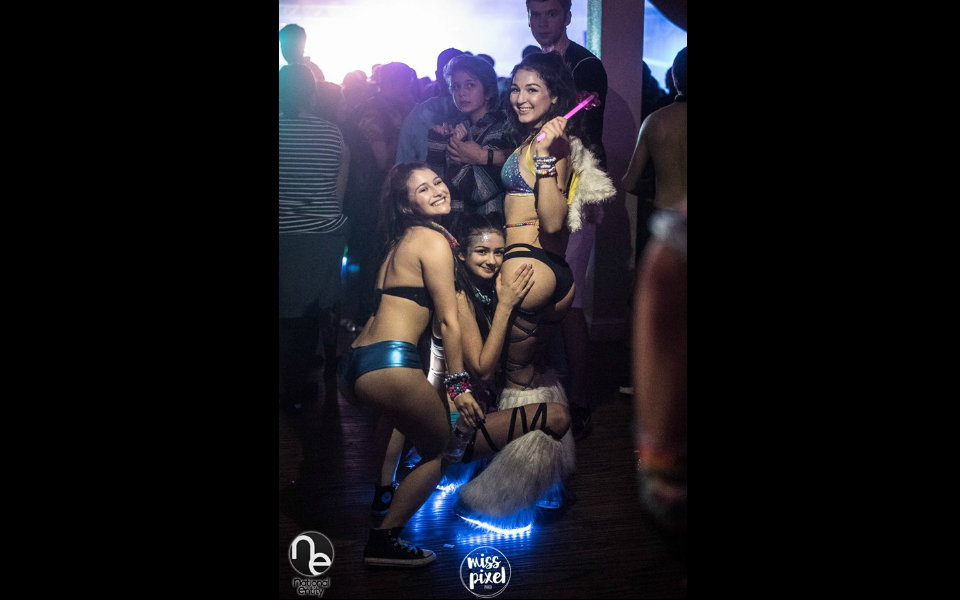 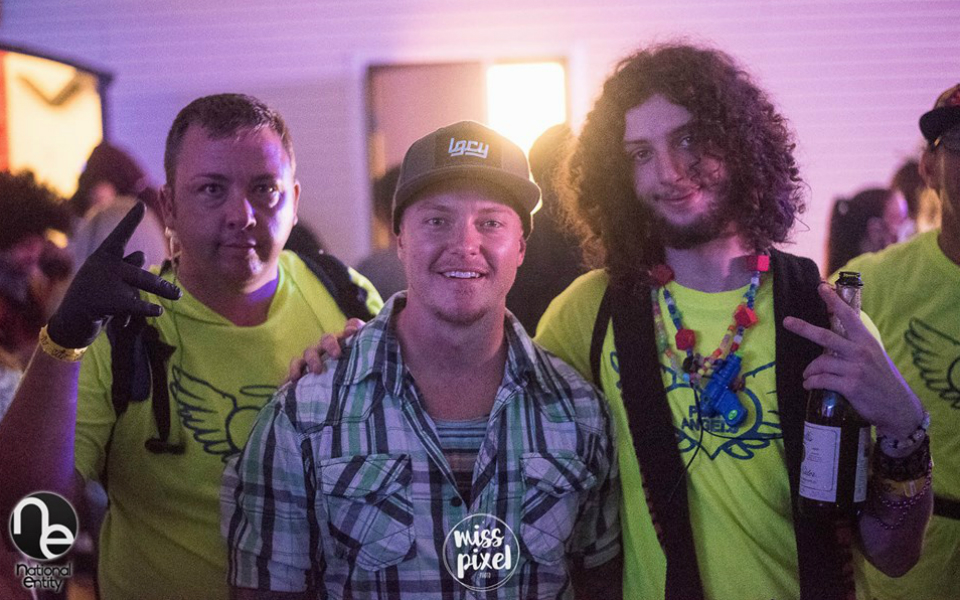 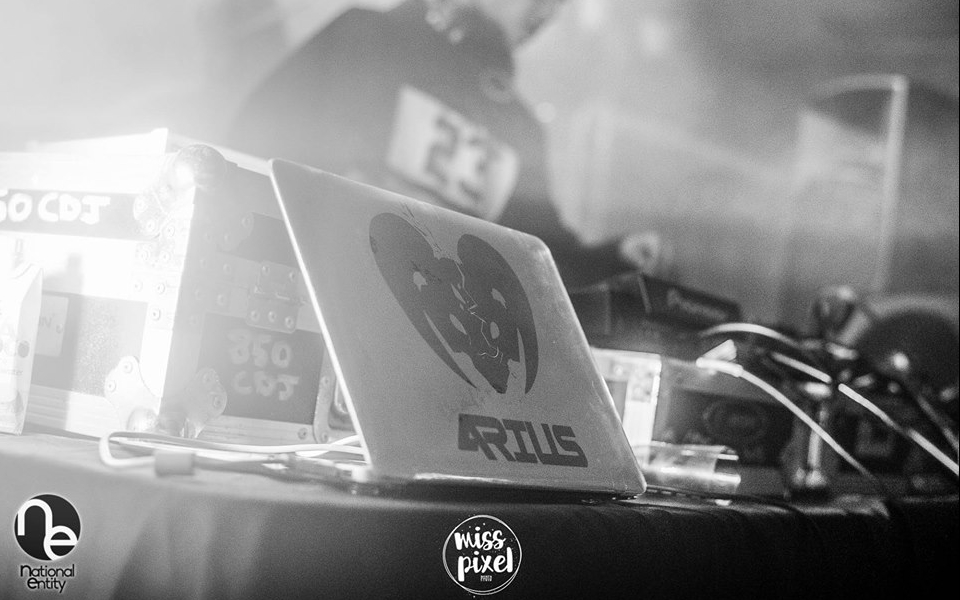 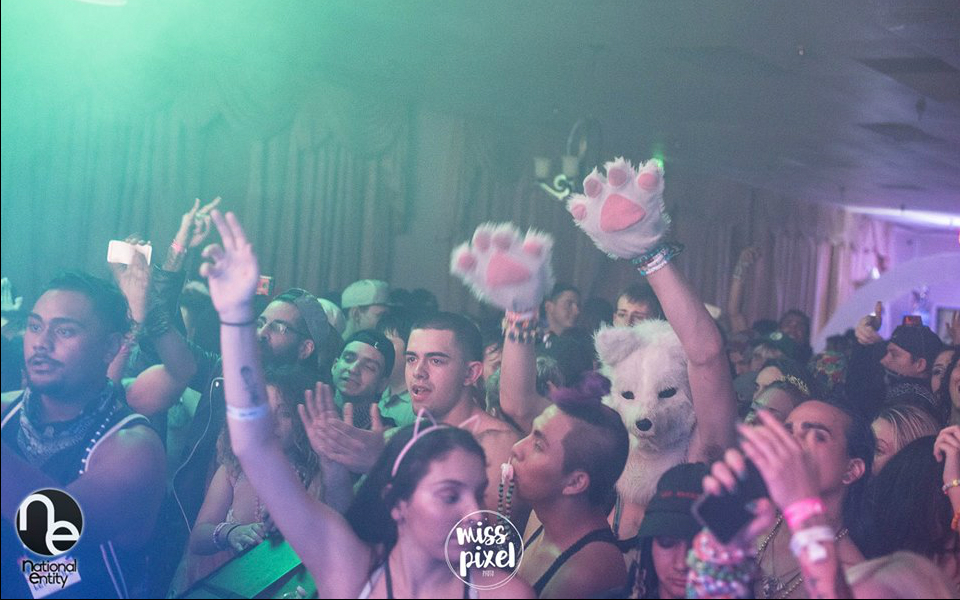 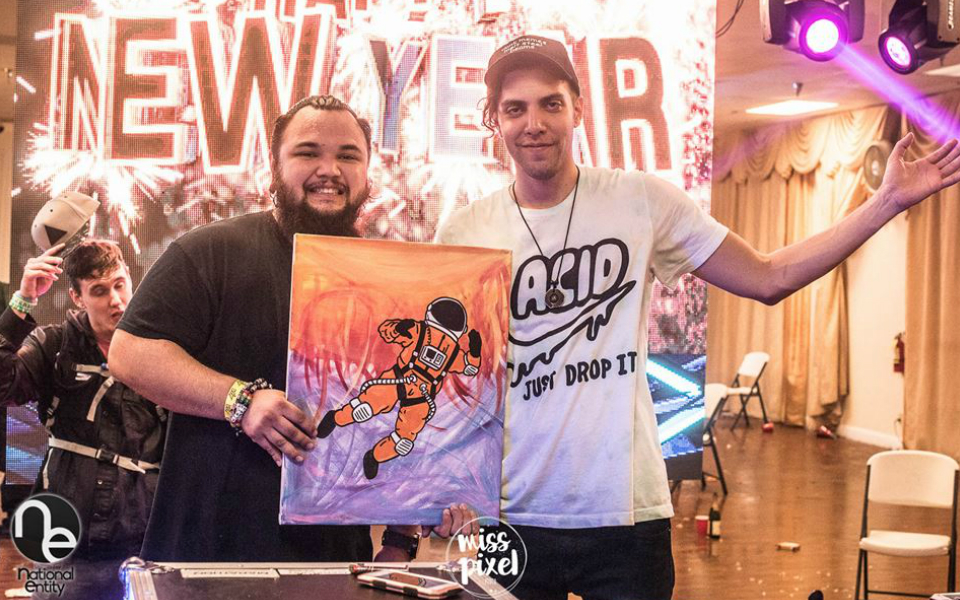 I’m used to always having my camera on me, and if you see me at an event it’s likely because I’m working there as a photographer. On NYE I reluctantly brought my camera along, more out of habit than anything else. I wasn’t at all interested in “working”, however I realized that my work brings me joy. My attention is always struck by the way the light plays with my eyes and the patterns made by its colors on the faces in the crowd. The memories that would otherwise be lost to time had I not been standing there to capture them. I love the happiness it brings people, and I really love being on stage feeling the energy and capturing the changing moods that the headliners create.

We went into the night so blind, kind of reminiscent of our first time out together. We had no idea who was playing that night so we were even more blown away by their performances. Arius had such powerful energy, the crowd was wild, and the dub was filthy. Witnessing her now legendary “finger gang bang” live was intense. If you don’t know about Arius‘s finger gang bang, check out this youtube video.

Counting down during Arius’ set, we joined our collective chosen family as one in welcoming the New Year. It felt like the right place to be in that moment. Bringing in 2017 surrounded by happy people and my boyfriend who also is a long time rave partner of 4 years. It may not be your average anniversary however it was anything but boring.

Closing out the New Year with Nightowls, the energy was still high while the crowd ate it up who were head banging hard. When the lights finally went on at 2AM, Nightowls kept going for a few more tracks. Arius stuck around to take photos with their fans and local artist, Carlos Trujilo, gave both headliners paintings. Arius, a married duo-received a custom painting of them as “team rocket”. Naturally after a banging New Years Eve festivity, there was talk of an after party. We haven’t been to one in couple years and figured “why not?”.  Arius‘s Tessa and Matt were there along with Nightowls toasting champagne, chilling and chatting. I learned that Tessa absolutely loves her parrot named Lucy, who apparently has started imitating dirty dub step sounds.

Overall, it was a fun way to bring in the New Year and I was really happy we decided to go last minute. 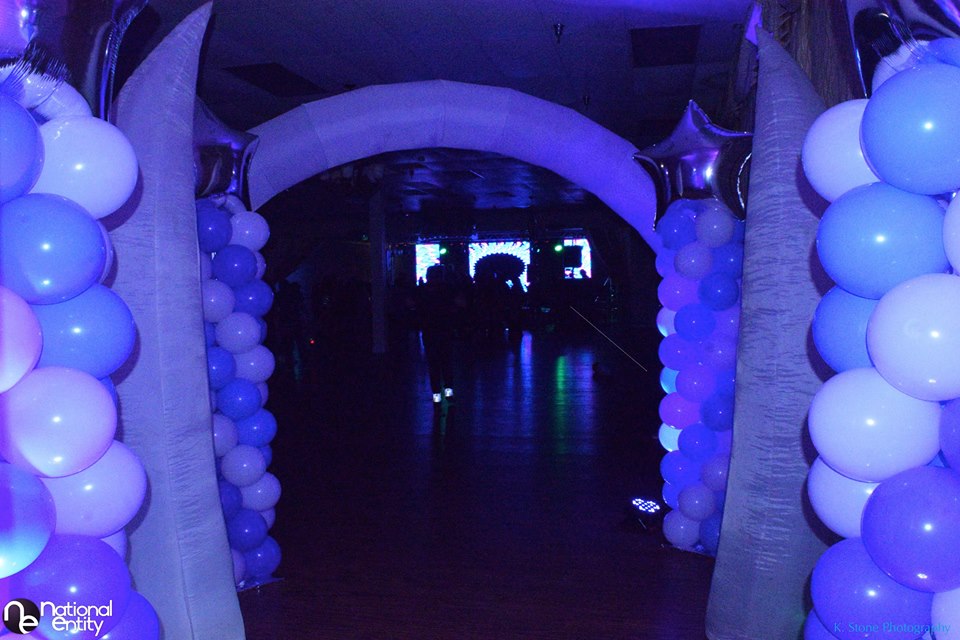 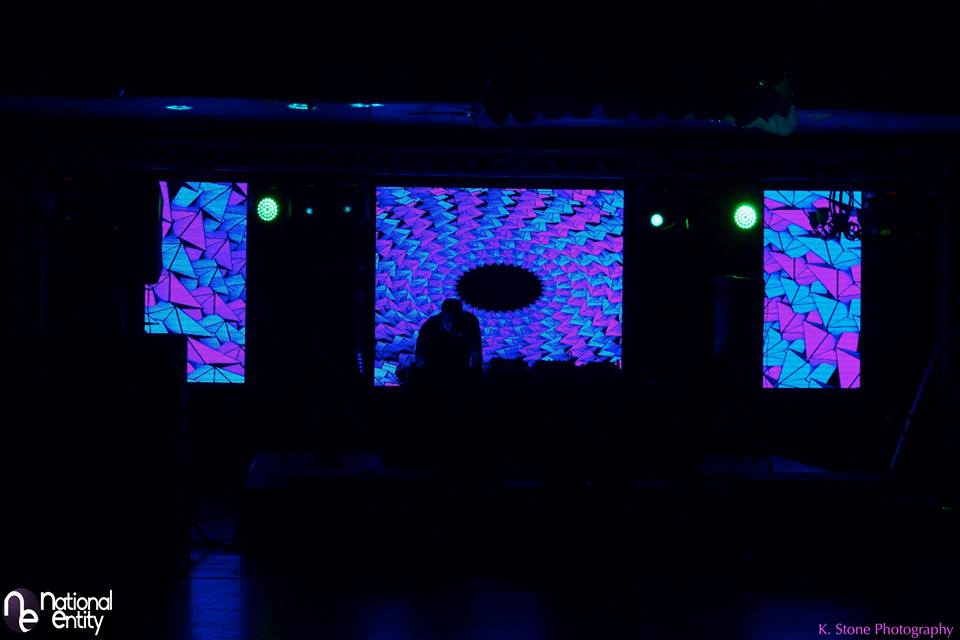 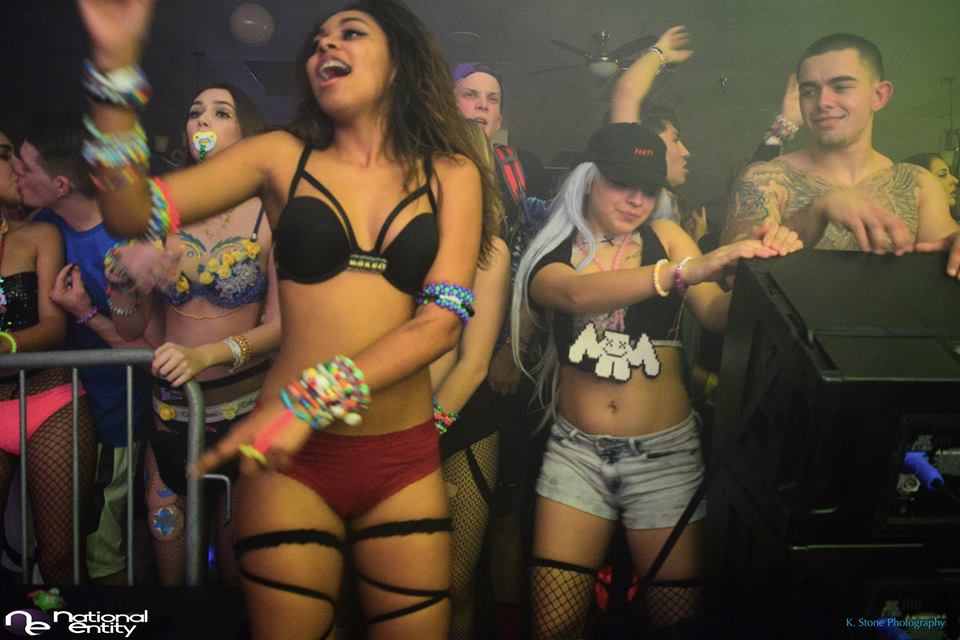 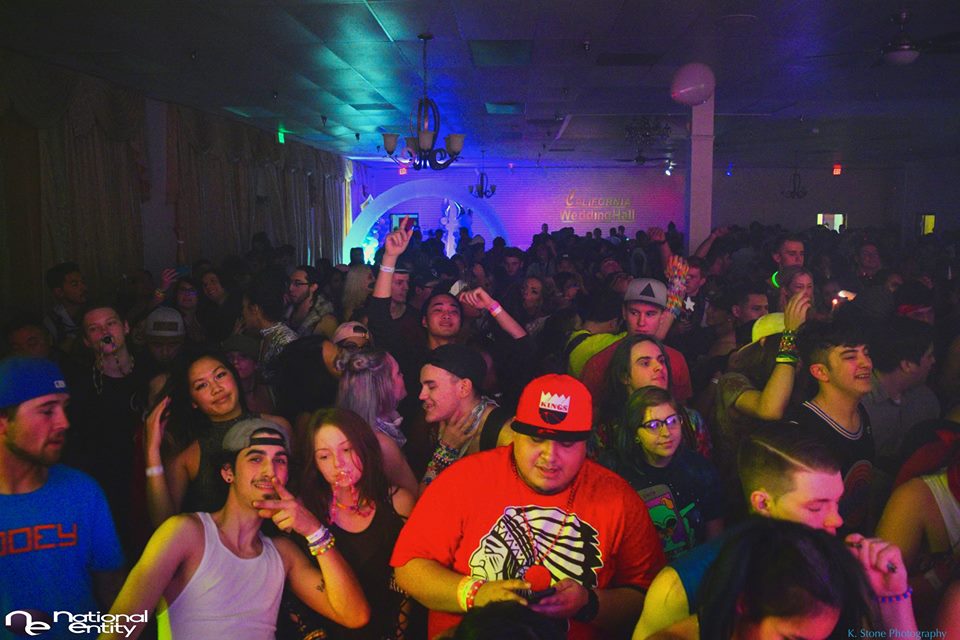 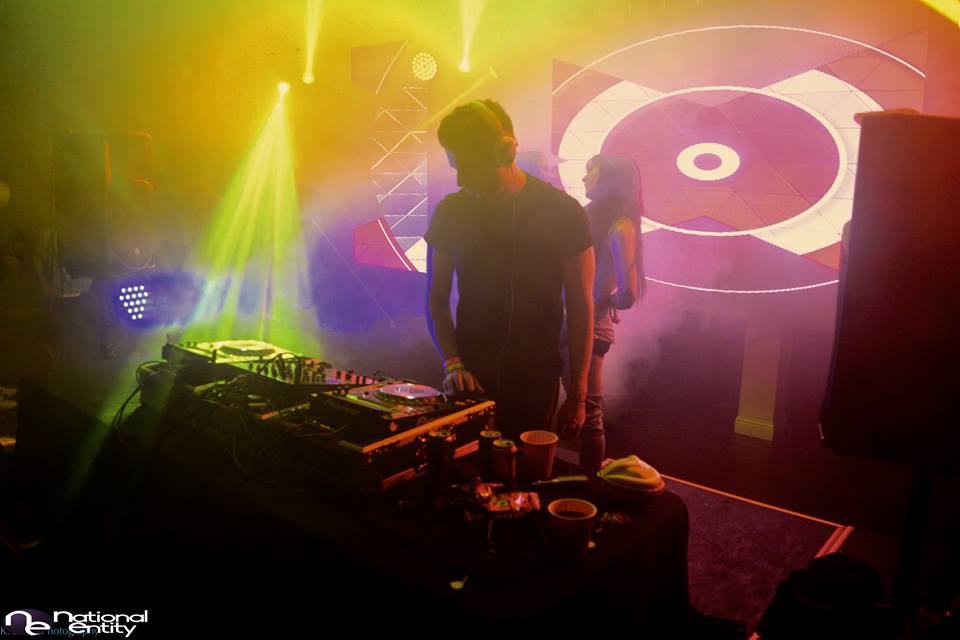 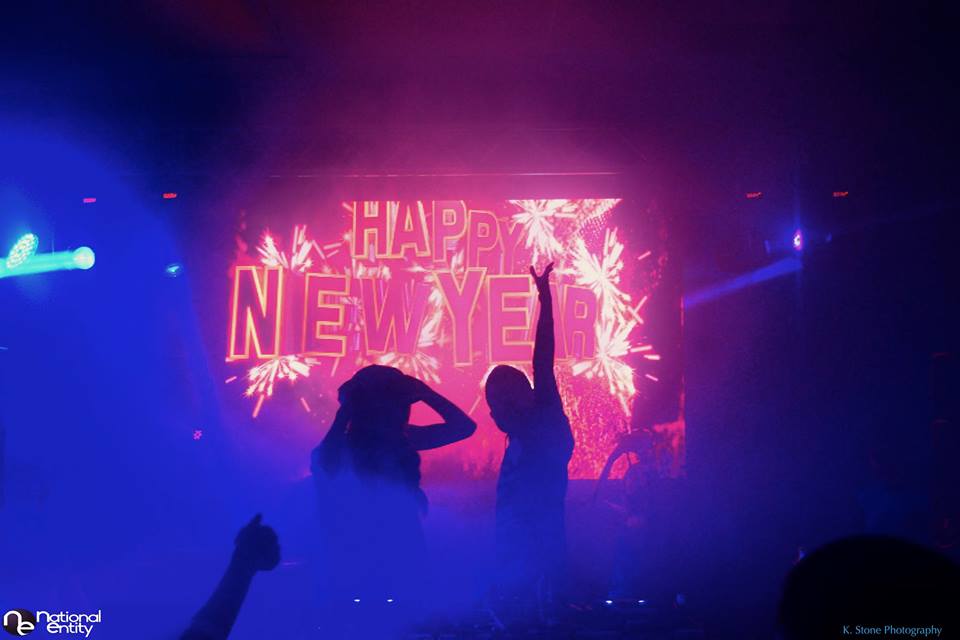 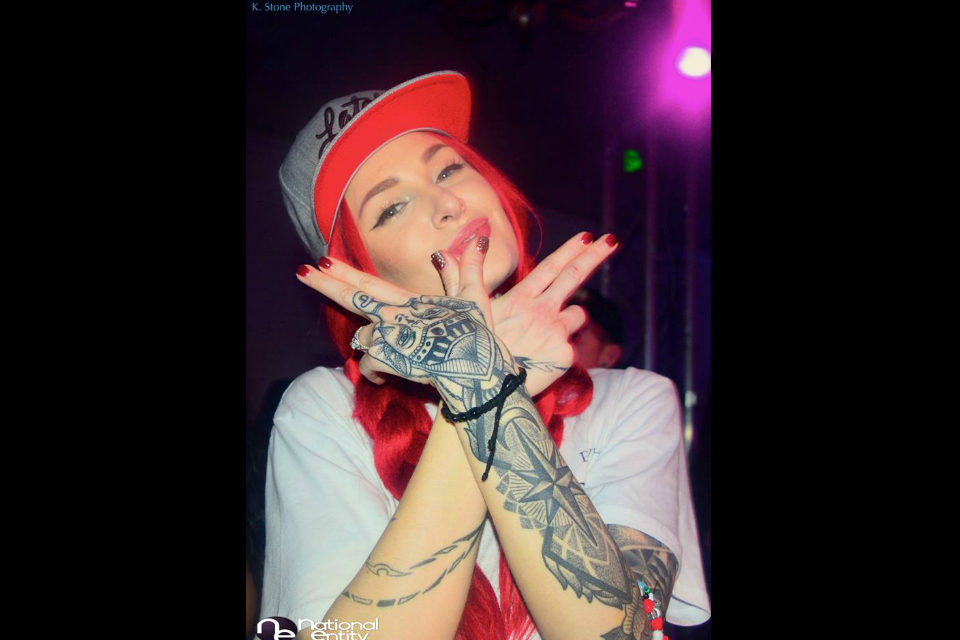 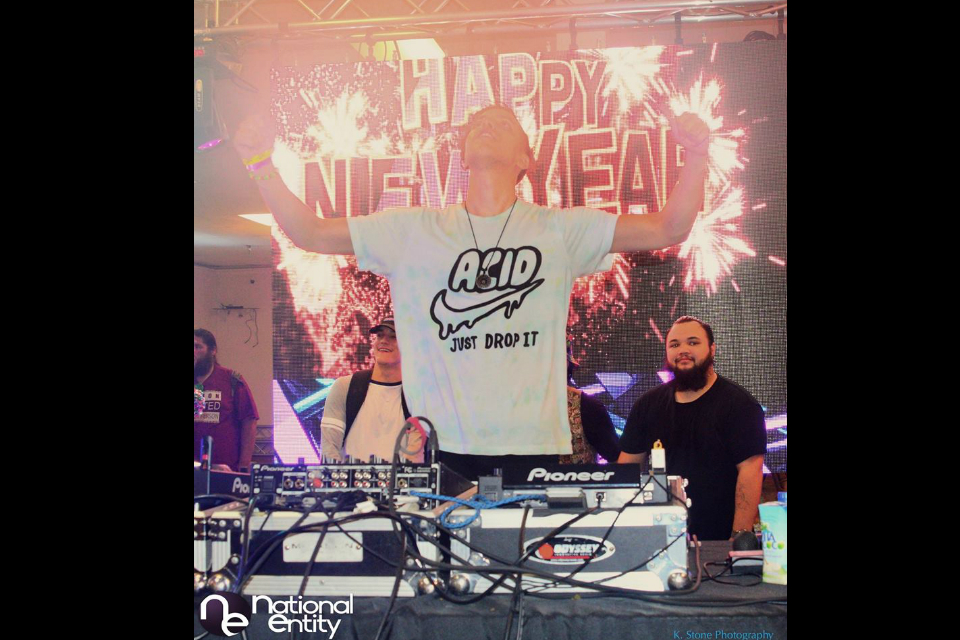 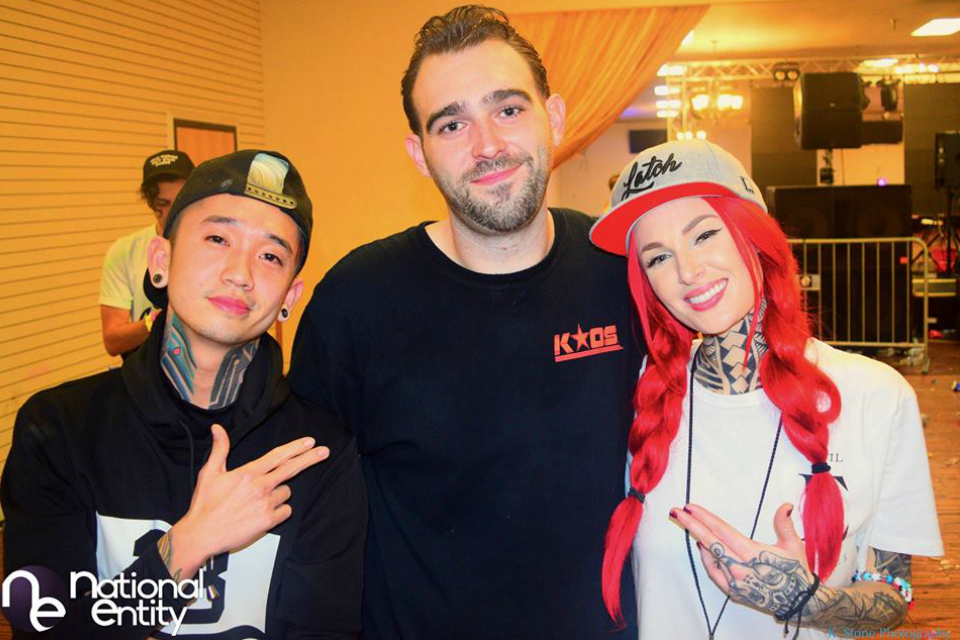 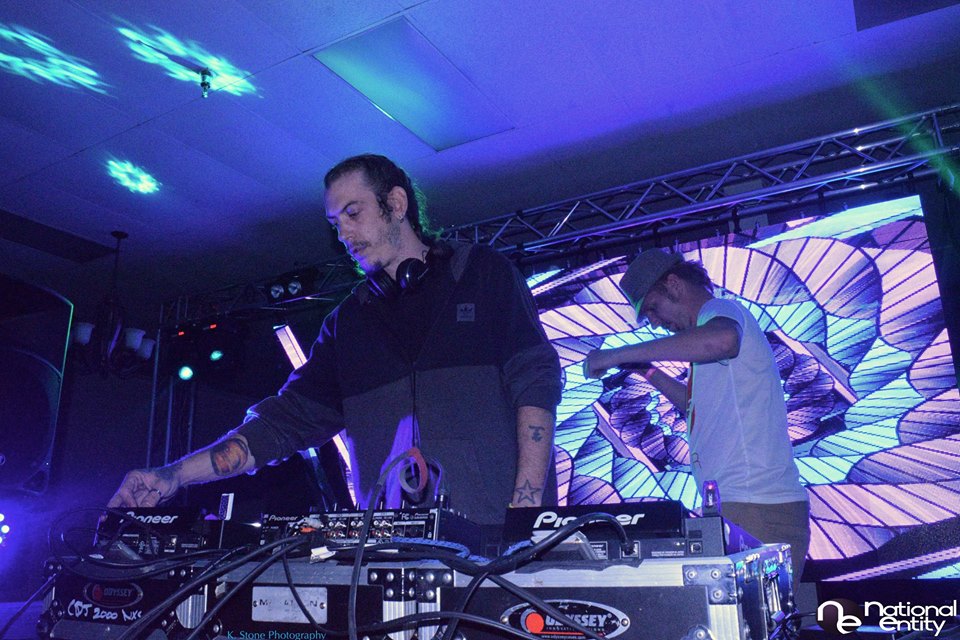 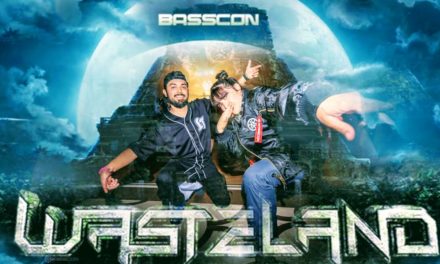 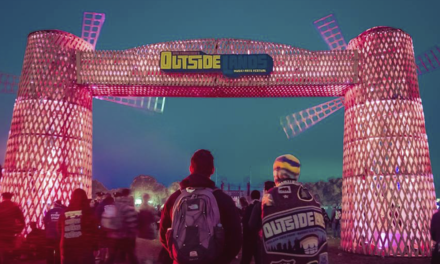 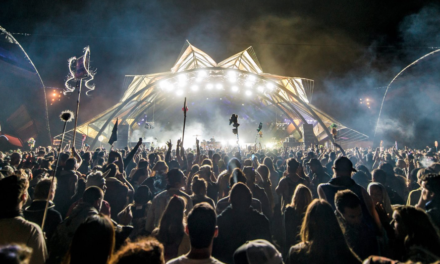