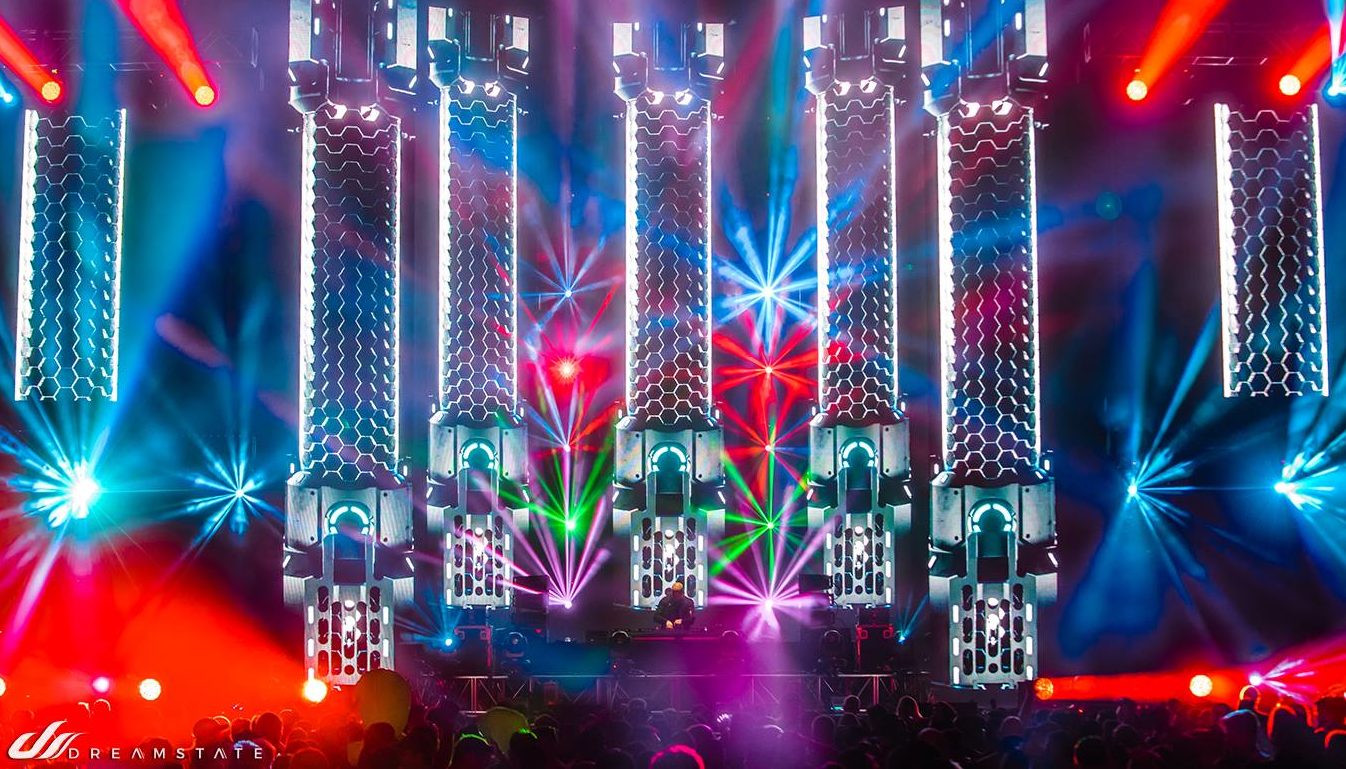 Those who attended were once more taken on an unforgettable journey through trance. With familiar faces and many new faces all coming from across America and neighboring countries, all joined in on the festivities to celebrate trance music and its ability to unify all who attended.

Being my third Dreamstate SF, I was beyond excited to see all my Bay Area friends in their home town. Insomniac saw fit to making a few slight changes this year by opening up the Larkin room, located in the area left of the main stage, to host a second stage for the first time. To Bay Area locals, this was a familiar room which has been fully utilized for other festivals like Love Parade that use every bit of space possible. It was only a matter of time for Dreamstate SF to begin expanding as they have been for their Southern California festival.

The Larkin room became home to a myriad of psy-trance artists throughout the weekend. Utilizing a very minimal set-up consisting of a few LED screens and lasers, the room was built to have an intimate vibe with close distance between the rails and the decks. It was not quite within arms-reach, but it almost felt like you could touch the artists. There was plenty of space within the room, its open space allowing those who entered to escape the sheer energy of the main room as comfy lounge chairs lined the walls. 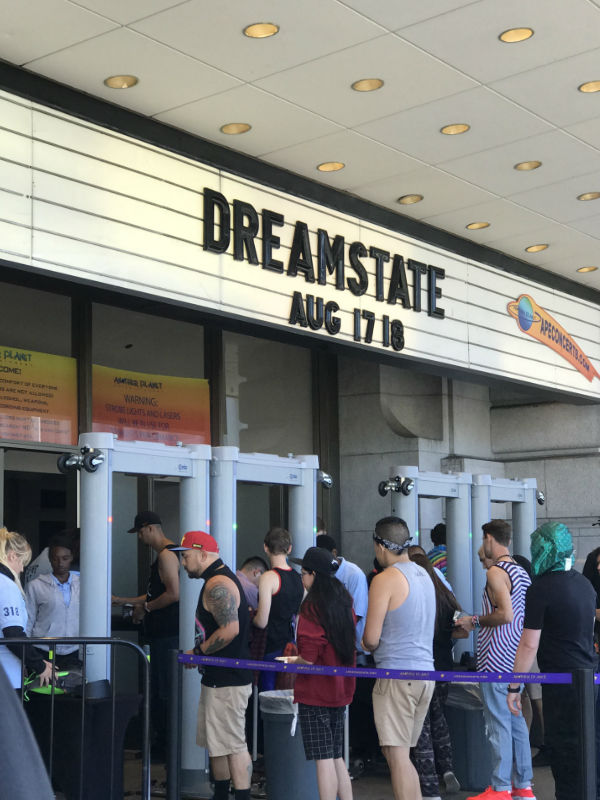 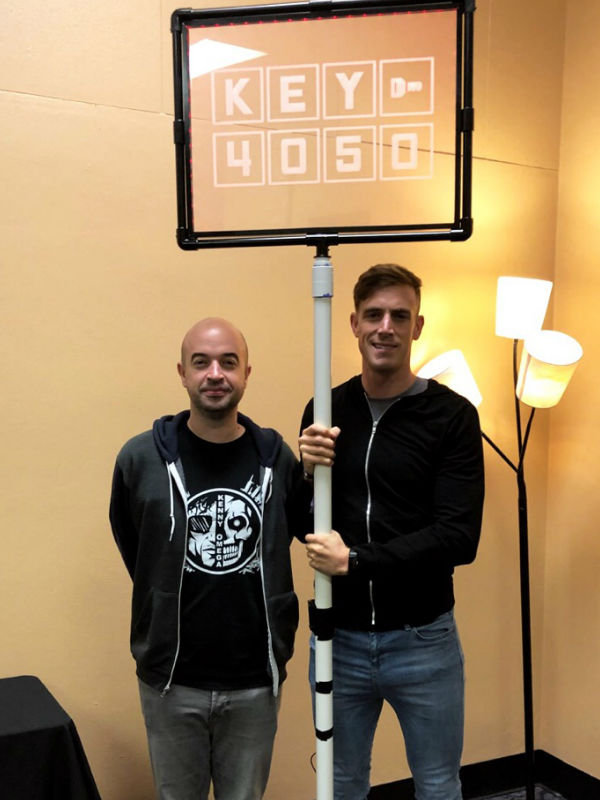 Starting off Friday night, Ganesh made his Dreamstate SF debut with a bang. After raising his family and taking a little personal time off, Ganesh has been gaining traction on the success of his debut at EDC Las Vegas 2018. He is definitely an artist to keep out for and check out. Taking you into the darker side of psy, Khormata and Captain Hook soon followed Ganesh, while progressive psytrance artist Coming Soon!!! threw down his funky psy beats. Other notable favorites like Blastoyz helped to take in the night.

Most of the attention of those who attended Dreamstate SF went to the main room, as headlining artists played amidst a stage set up to mimic the internal mechanics of a spaceship as images of hydro pumps displaying the “Dreamstate” logo played throughout transitions. It gave off a very trippy feeling as if being sent somewhere in outer space.

Opening up the main room for the first day was Trance Family San Francisco’s very own Niko Zografos. With his beautiful uplifting tracks, everyone who witnessed this talented local easily entered into a state of trance. It was my first time seeing Niko and I definitely will be seeing more of him again. Once Alexander Popov finished what Niko Zografos started with setting the tone, it was time for Bryan Kearney to take center stage.

Marking my fifth time seeing him this year across different cities, I still felt the same level of excitement as when I first saw him perform, One notable track which has quickly become everyone’s favorite was “Floorburn”, a collaboration with fellow Music First artist Shugz. Utilizing his “Karney” alias, Bryan Kearney’s distinctive sound under this new alias will be premiering at Subculture Australia on September 1st. Among other crowd favorites, “All Over Again” made everyone dance hard before tears were shed during its memorable breakdown. No matter how many times one sees him, Bryan has always delivered a special set. 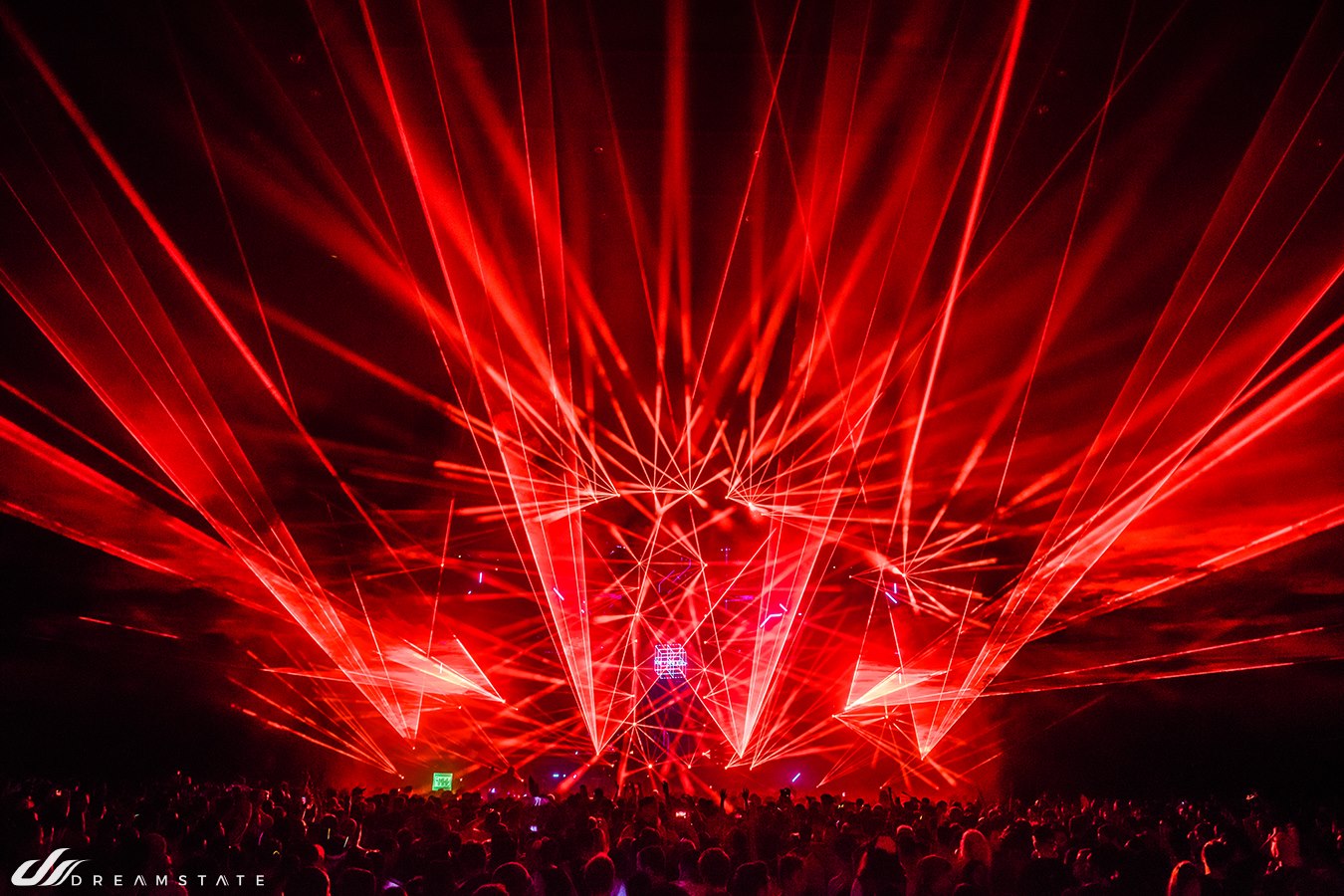 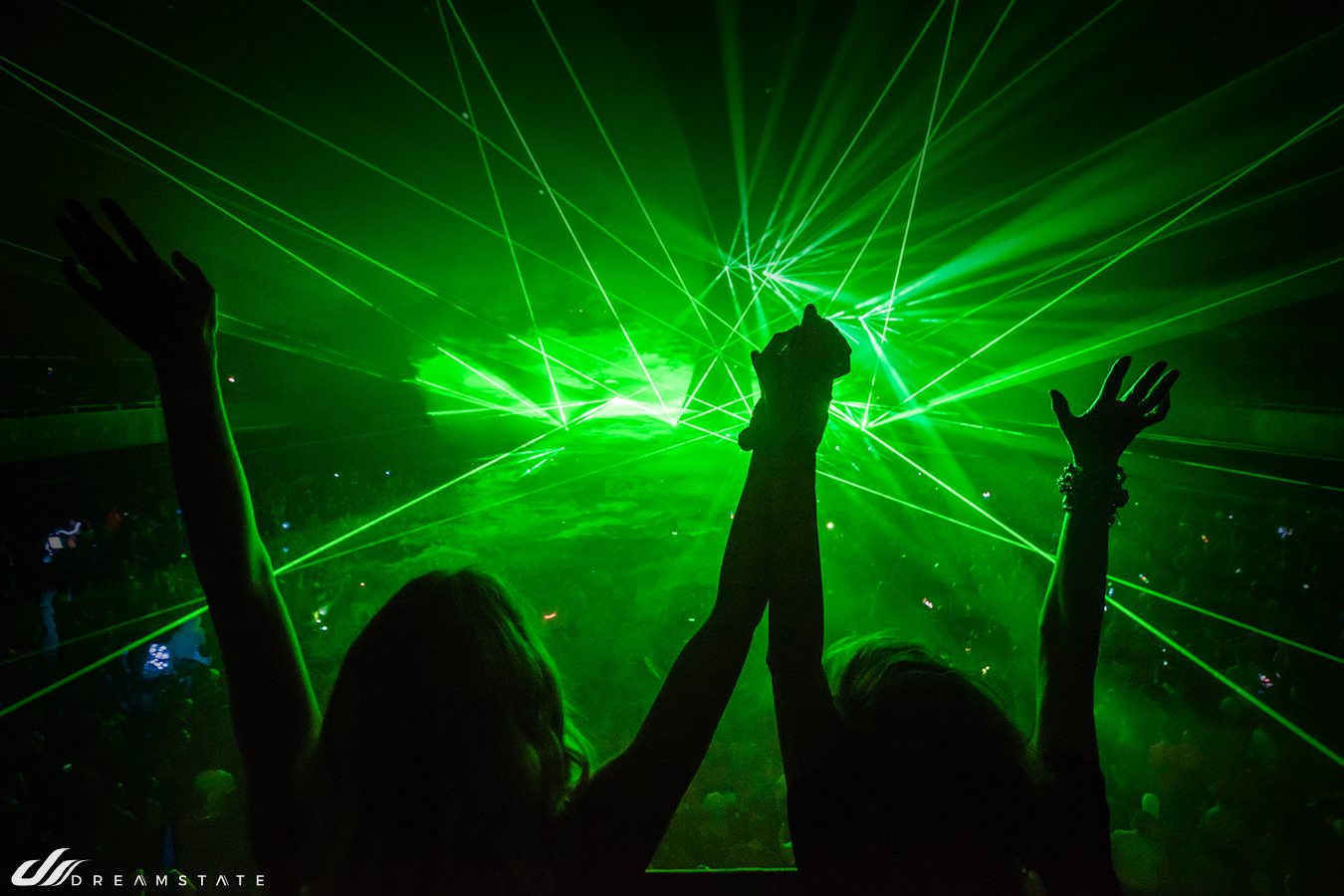 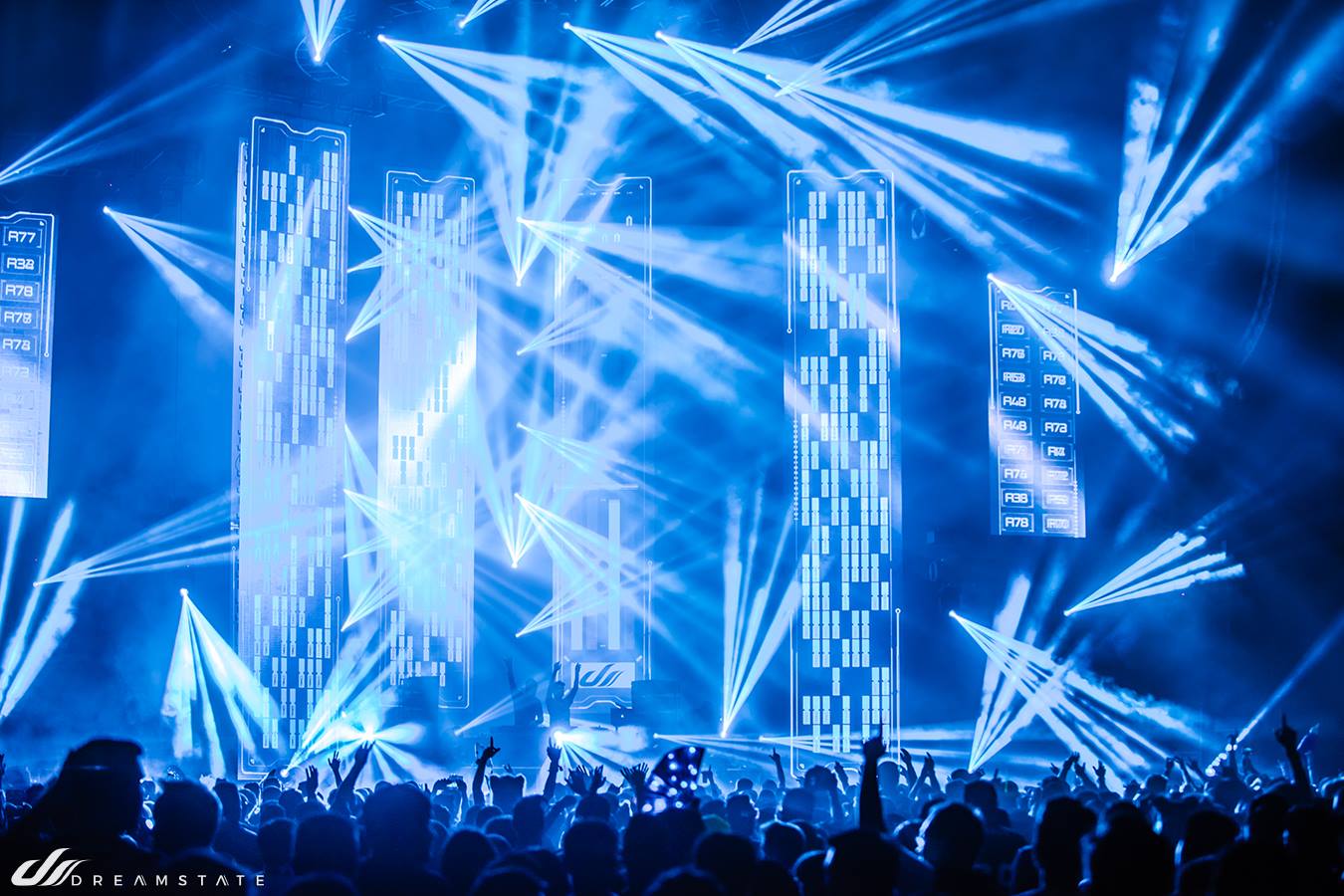 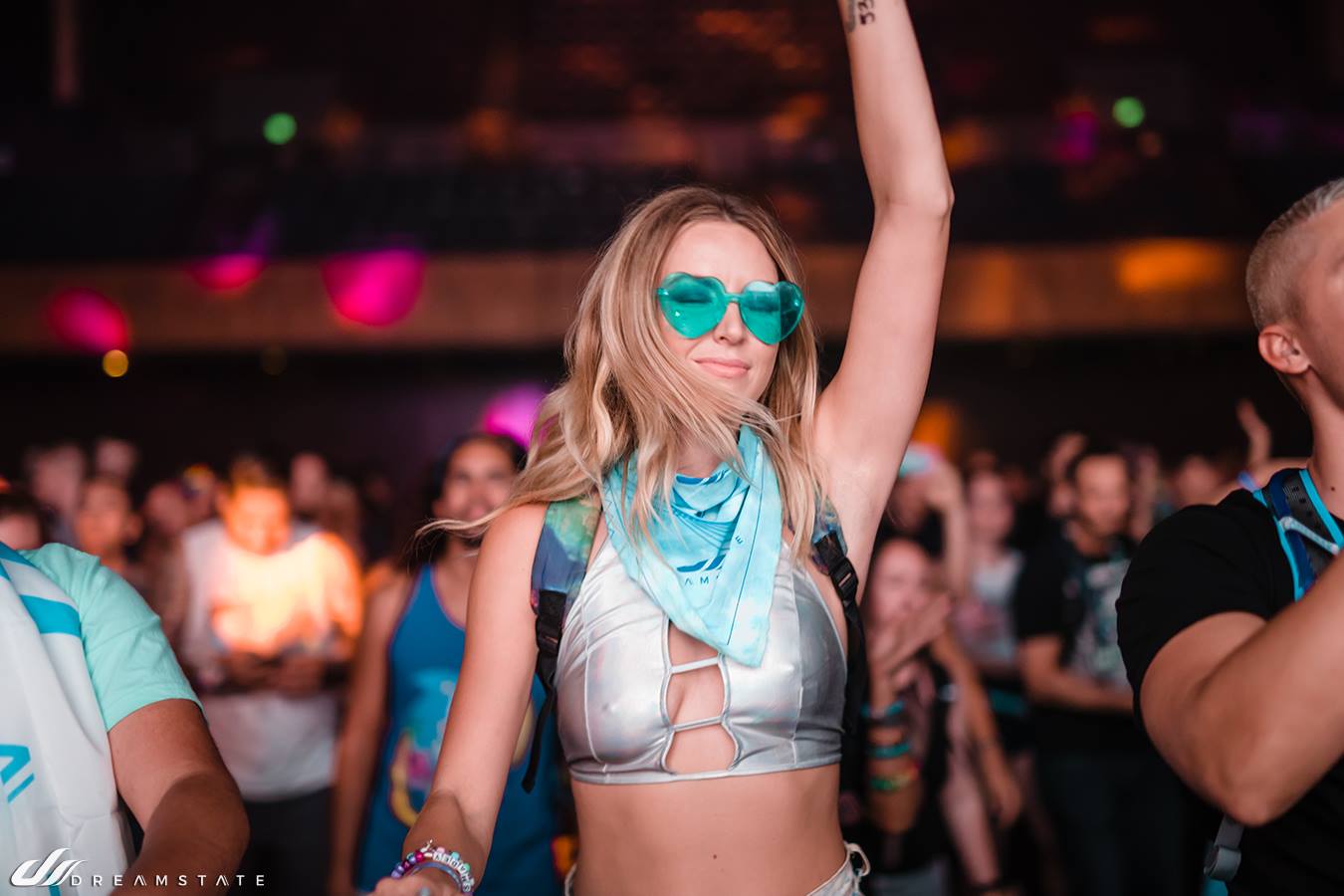 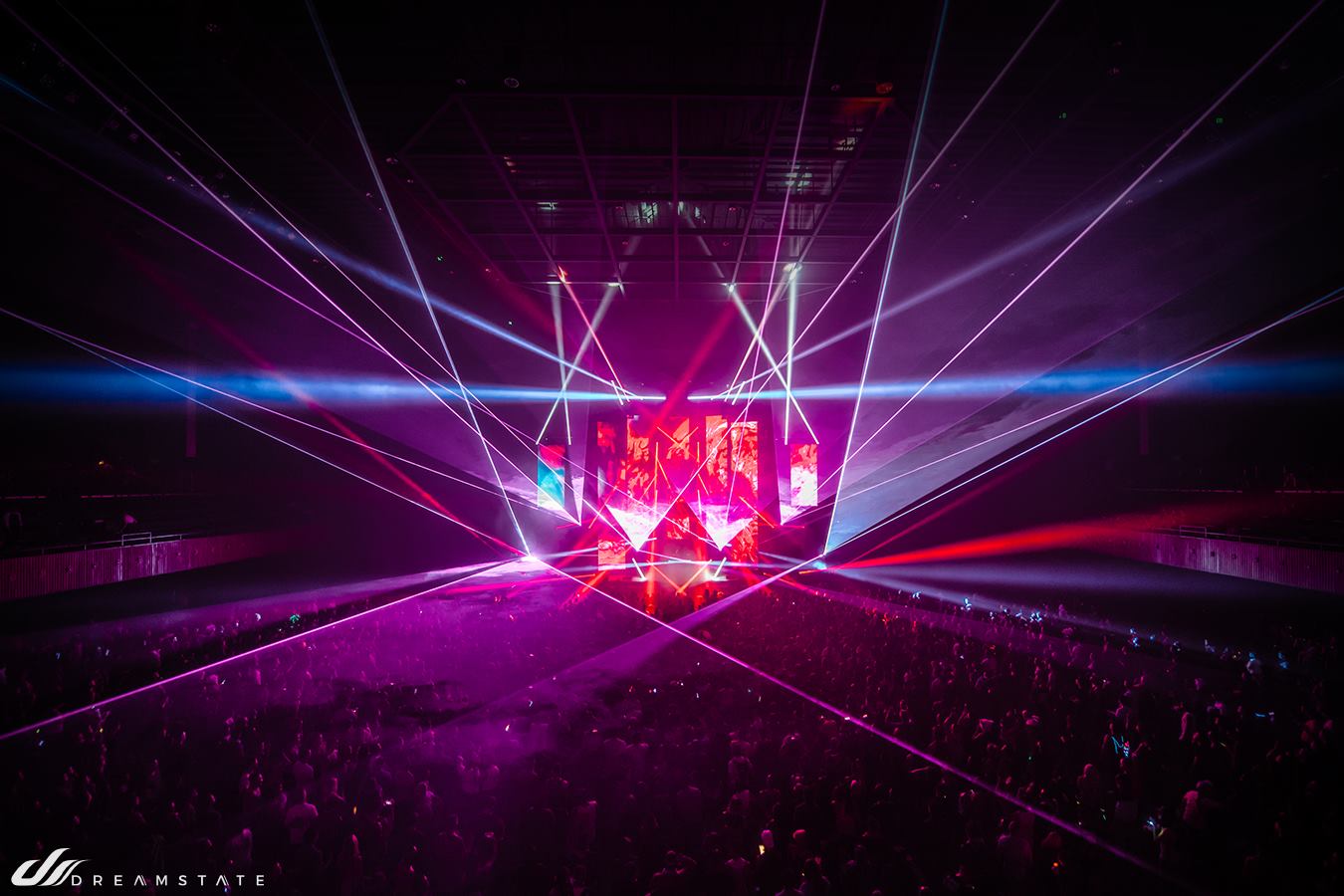 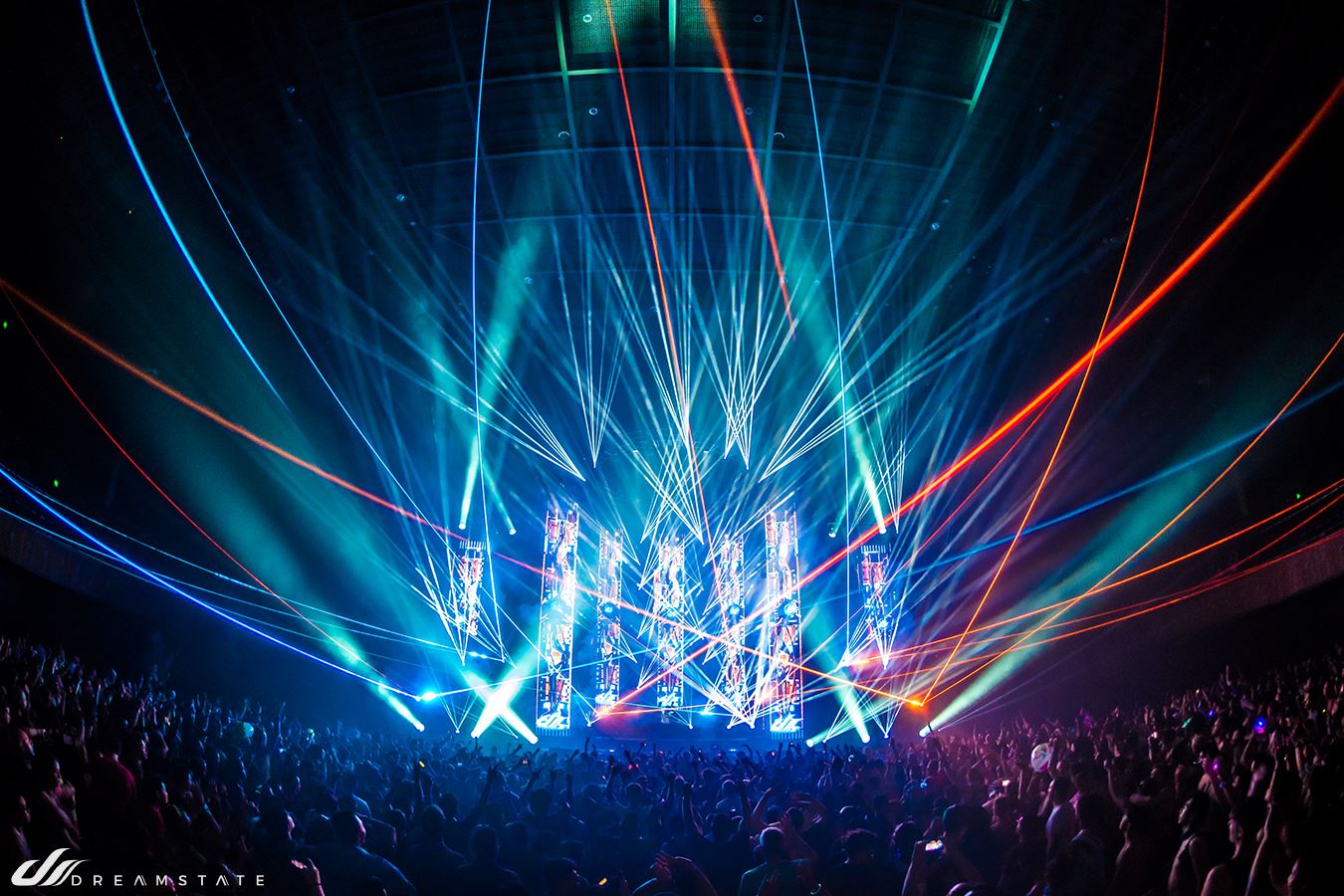 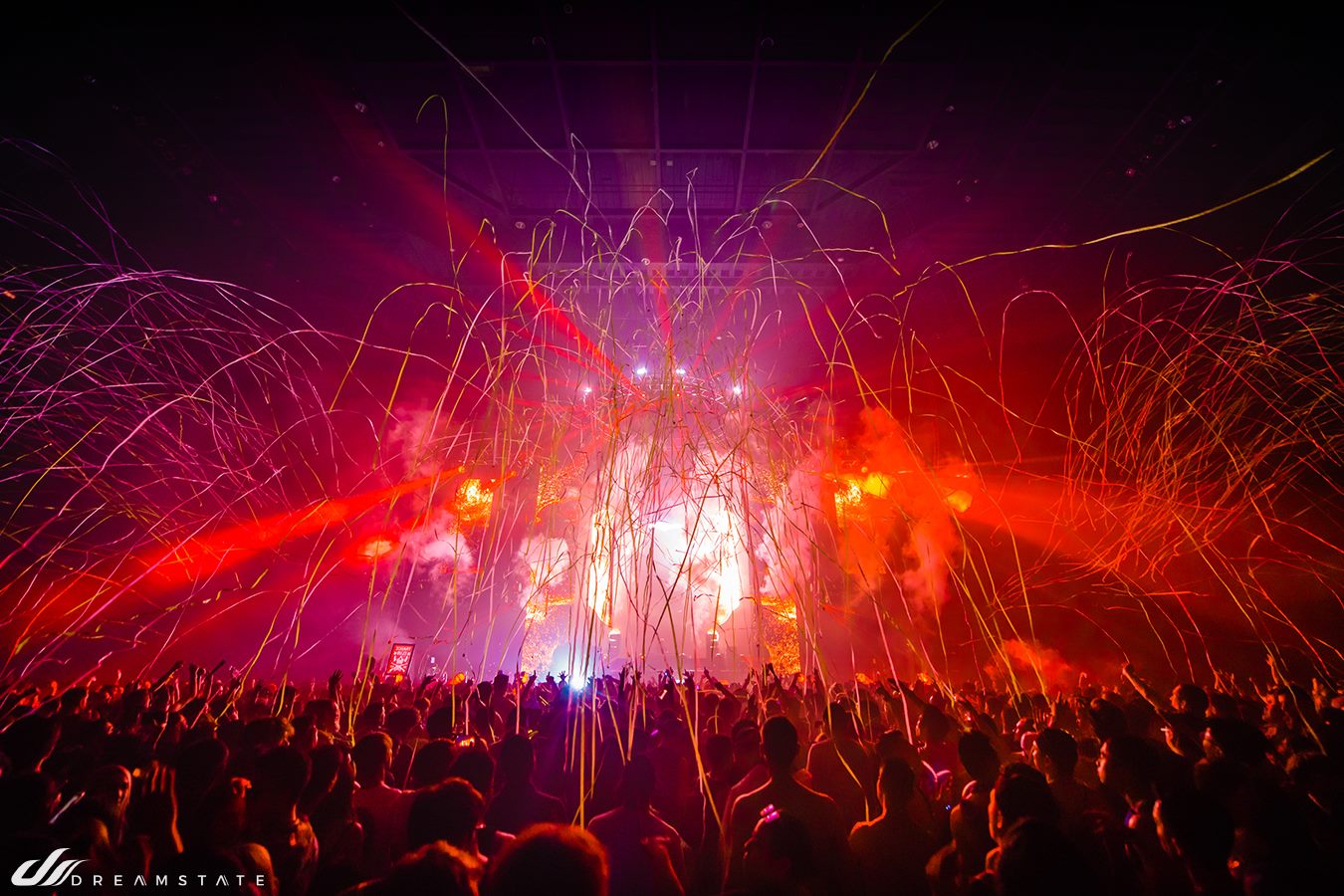 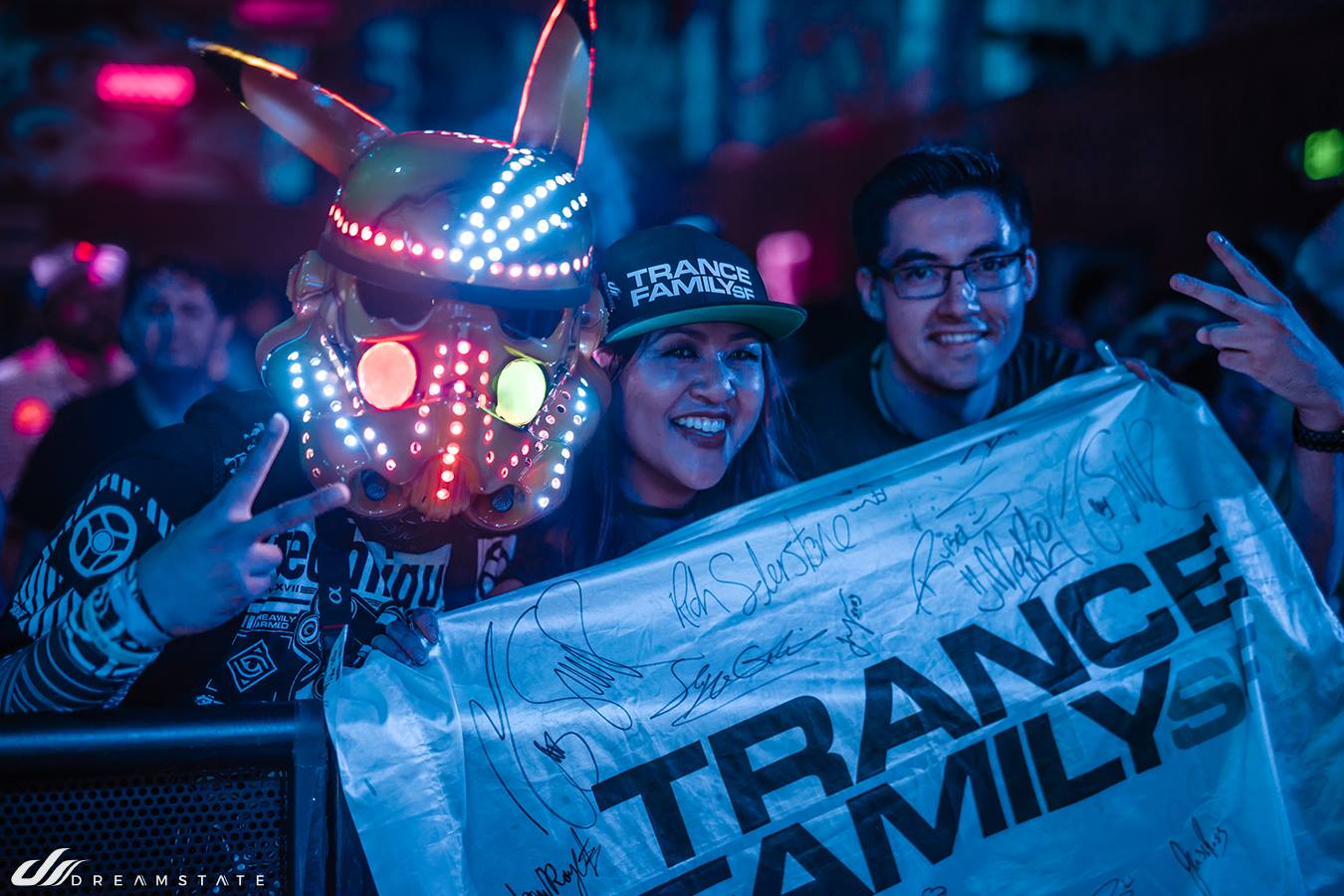 Many Anjunabeats lovers spoke highly of Alpha9 – the trance alias of the talented Arty – giving me reason to see his sets. As I rode the rails with my good friend Raquel (who is an absolute Arty fanatic), it was everything she said it would be. I don’t normally listen to progressive trance or “trouse”. However, Arty played a lot of Above & Beyond tracks along with his own style, leaving me fairly satisfied. The momentum only continued as I awaited my other favorite artist who comprises the other half of Key 4050 to begin; John O’Callaghan.

With my excitement at its peak, JOC started off with his new release off his Joint Operation Centre alias of “Behind The Silence”, consisting of beautiful vocals and lyrics by Kate Miles. It quickly set the mood as everyone immediately felt the energy JOC put out. He began playing all my favorite singles, including Will Atkinson’s “Seventh Heaven” and The Moon featuring NU NRG’s track “The Moon Loves The Sun” which was remixed by the amazing Giuseppe Ottaviani.

Yet again JOC knew how to steal a crowd and laid everyone’s hearts on that dance floor, giving them little reprieve to gather themselves to only be stolen again. Once JOC’s set was over. Another trance legend, Ferry Corsten followed up playing tracks off Gouryella’s “Anahera”, along with several tunes from his recent Blueprint like “Drums of Weapons”, an easy crowd favorite. Closing out Friday in the main room was the venerable ATB, playing concurrently with Avalon who ended the first night properly.

Starting the second and final day was Los Angeles native Mr. Brooks as he welcomed everyone in. Following Daun Giventi, were fellow artists Dyloot, Monoverse, Davey Asprey, and my favorite, Factor B. who uplifts everyone’s hearts. Among the songs he played was his new hit single “White Rooms” featuring the vocal prowess of Cat Martin. It can easily be described as a beautiful uplifting track with a stunning music video to match. Also playing another favorite was the newly-released “Into The Light”. With Allen Watts unable to make it to due to visa issues, Robert Nickson took his spot early on. While it may have been a disappointment to some, many fans were surprised to see that both Factor B and Robert Nickson played a back-to-back set at the end of the night in the Larkin room that many still talk about weeks later.

For the second day, it was time to see what the main stage truly had to offer. Unlike the Larkin room with its 45-minute gap from opening to the first act, the main stage began right at 5pm. As doors opened, Estiva welcomed everyone in, starting off the night with some great melodies. Heatbeat vs Chris Schweizer was one of the opening back-to-back set that I was not going to miss, with friends familiar with the two dancing and raving to 138-bpm melodies throughout their set. It’s fortunate to know that the pair will be returning to the SoCal showing of Dreamstate in November.

The “Italian Stallion”, Giuseppe Ottaviani, soon brought out his famed “Live 2.0” equipment to bless us with his talent and those beautiful key notes he plays on the spot. For those unfamiliar, the famed Italian artist created newly composed tunes while also playing recent releases like “Jarakata” and “Loneliest Nights”, just to name a few favorite. Giuseppe always had a knack for captivating your soul into a transcendental state of mind.

The beauty of the Bill Graham, and something I liked very much, is the upstairs balcony area which surrounds the main room below, offering a great view with stadium seating and multiple viewing angles as the impeccable sounds surround you on all sides. It’s perfect area for when you need a moment’s rest, but it would also make things difficult when you wanted to be downstairs with everyone.

Friends wanted to see Ilan Bluestone, so we made our way upstairs and were glad we did. Sitting up on the top row, you could feel the energy up above, each person dancing and singing along to each track played while hearing the amazing voices over the tracks. That special Anjunabeats love could be felt no matter where you were within Bill Graham.

With the legendary Paul Van Dyk performing at the same time as Factor B, it was a hard choice to choose as I wanted to show my support to the rising star of trance. As I’ve seen Paul many times, along with his regular Los Angeles club show appearances, I had to see what Factor B had in store.

My anticipation soon reached its peak, culminating to the ultimate reason I drove 400 miles for; it was time for Key 4050. This marked their fourth set and my third since their debut. With John O’Callaghan and Bryan Kearney coming together for such an occasion, their eccentric ideas to compose dark tech-trance that kept everyone wanting more. They played eighteen new tracks for Dreamstate SF, included favorites from Transmission Bangkok 2018 like “Ectoplasm” and “You Think You Know Me”. When asked where parts from “You Think You Know Me” were from, John said directly that they originated from a WWF wrestler intro song, sampling it into a banger from both these talented guys. The one thing I love about Key 4050 is the distinguishing sound you hear from each artist, with John O’Callaghan and Bryan Kearney having such particular sounds that can be heard distinctively when you merge them together. Taking us on a dark tech-trance special hour with trance friends still buzzing from their set, I always look forward to when these two acts get together stateside.

While Markus Schulz closed the main room, I had to end my Dreamstate journey with the back-to-back Factor B and Robert Nickson set within the Larkin room as I ran to the rail and wouldn’t move an inch. They played some of their own special tracks along with some classics like “As The Rush Comes” that will forever be a favorite to myself and many others, cellphones across the room set to capture the moment.

Overall, I had a great time. I brought my friend Adam to his first Dreamstate, enjoying it so much that he messaged me of his plans to join me for November. I cannot wait for the upcoming Dreamstate SoCal, seeing several returning artists along with some wonderful back-to-back sets.

With each iteration since its inception in 2015, Dreamstate continues expanding and bringing in a new generation of trance lovers from around the world. As yours truly can vouch for, it’s only getting better each year. 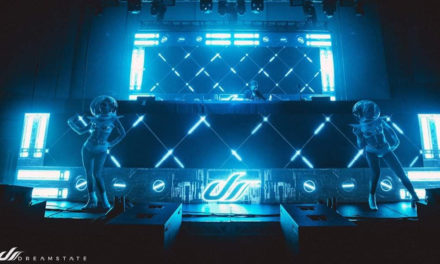 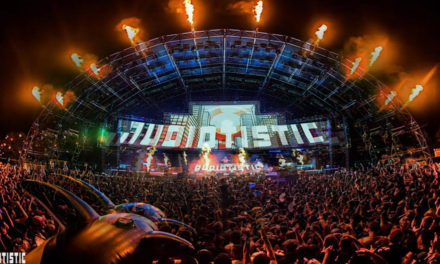 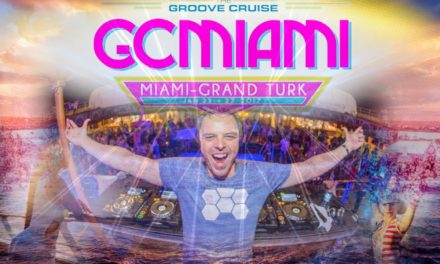 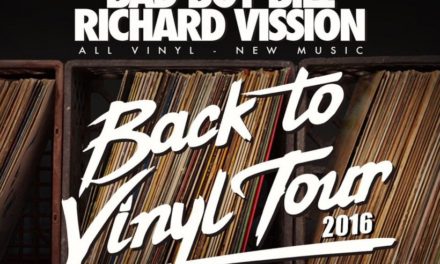