Real Name: Mike Squillaro
Hometown: Brooklyn, NY
Profession: (ask me)
Hobbies: Creating music is still a hobby to me, try not to treat it as a job, it’s my passion
Affiliations:  Enhanced Digital Society, Inoki and RPM events

From the Big Apple to the Golden State

The New York born and raised DJ/Producer Mike Squillo is soon to be a household name for trance lovers. A calculated approach to his sets that are full of curveballs and surprises, Mike prides himself in the art of DJing and reading the crowd. This has proven helpful as he works his way through a competitive market. Keeping his New York accent, sense of humor, and random movie quotes, Mike is genuine to the core.  This unsigned talent won’t be for long as he continues to impress his audiences and branch out more.  I look forward to meeting him again.

Welcome to Los Angeles!  This year has been big, especially opening at Tomorrowland. How has the experience changed your approach?

It was crazy seeing what is in front of me. The crowd that I had, I wouldn’t say weird, but diverse. I had a crowd, of literally half the crowd was wearing tresor shirts, [the other half] wearing v-necks all into techno, cause I was right near the food vendors. So people would come and get food and they hear what is going in the tent. So that is how they wander in and all the trance people are there because it’s a trance stage. So two mixes of different crowds that you wouldn’t really see together.  It’s kinda cool. And I just read that crowd and took it from there and that is how I did my whole entire Tomorrowland set. 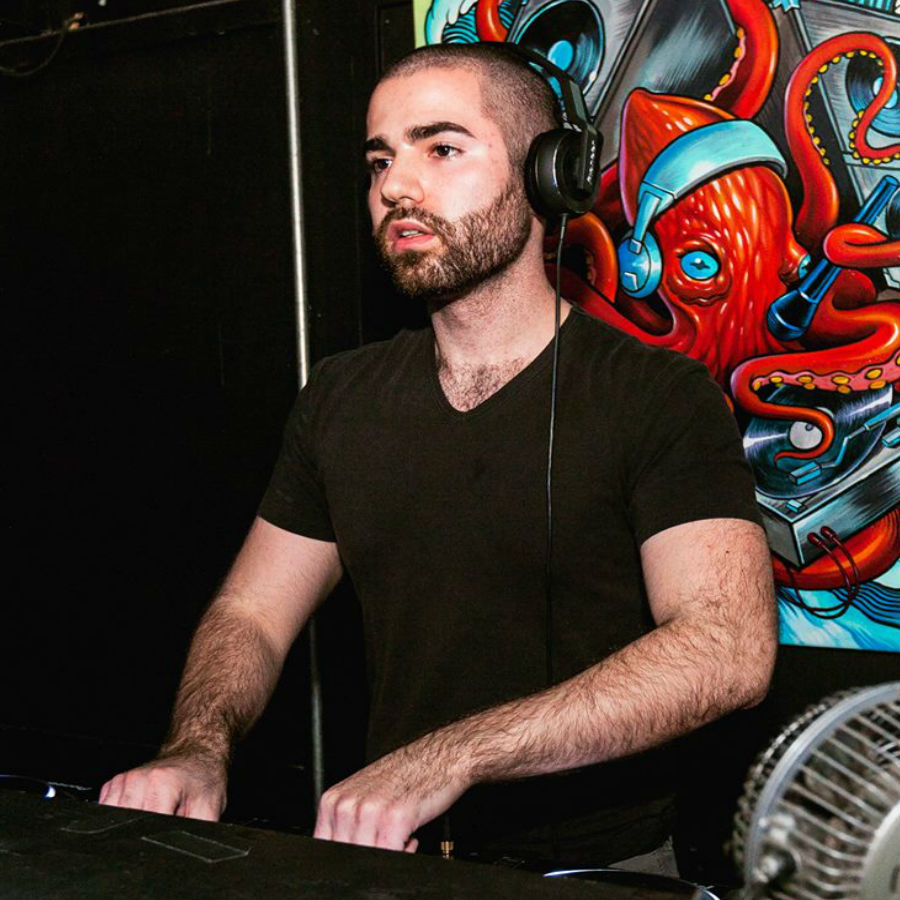 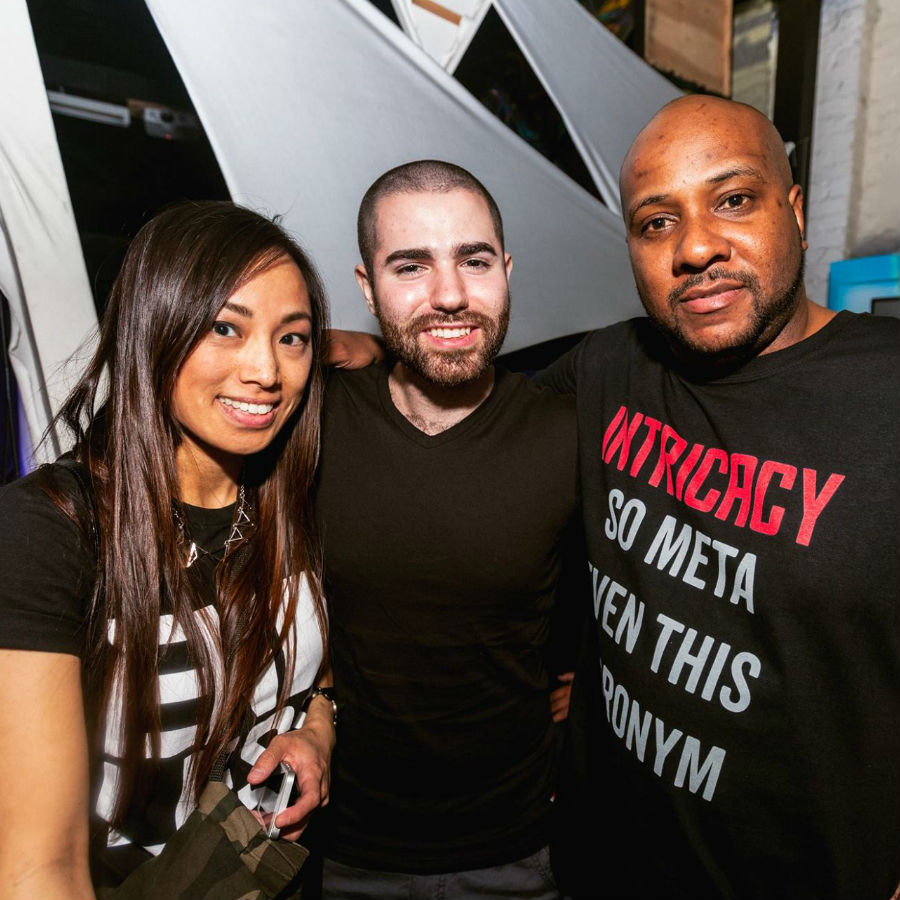 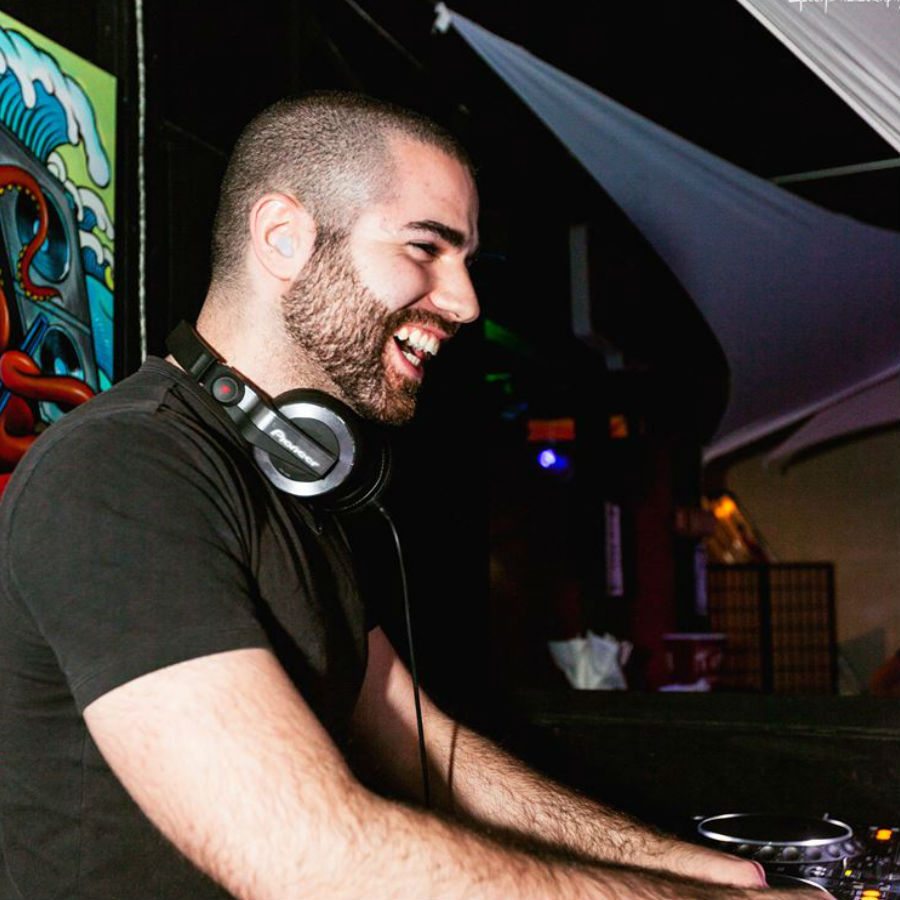 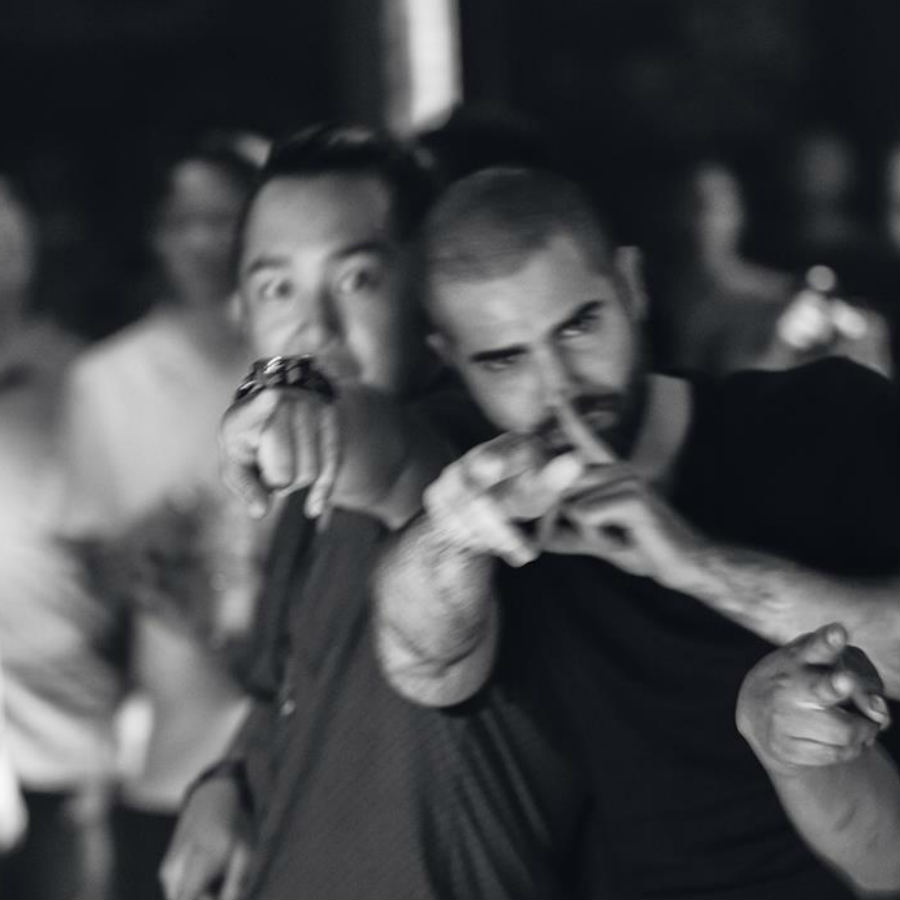 I do a lot of opening up sets. I start off with progressive and I take it from there. Depends on the people there, the time, just like tonight. That is how I do all of my sets.  It’s all about ‘who is there’, ‘how is the vibe’,  ‘what time is it’, and ‘who is on next’.

Playing in front of Reorder had a perfect slow progression which transitioned to the harder part of your sound. It was a good set up for him.

Exactly! It is all about telling your story. That is what I like about it. I look up to many older DJs, I look up their sets and I study it, and I see it like crescendo. It’s all going to an order that makes sense. It all tells a story, and that is what I think ‘a perfect set’ is; telling a story and not just throwing tracks here and there whatever. It’s about vibing with the crowd.

In New York, there is a lot of DJs who know how to read a crowd and bounce back their energies as they are receiving from the crowd. You say, “OK, how is the crowd feeling. Are they just walking in? Are they getting a drink or do they already have their drink and want to party?”. You read the crowd, you take it from there and bounce back the energy.

You have really capitalized on opportunities at opening for big names, and have done a great job showcasing your talents. What do you feel up-and-coming DJs need to do better at showcasing versus showing off?

When you are doing an opening set, I would say do your homework and even hit up the DJ. Sometimes they will say play whatever or do this. My advice would be, take it easy if you are opening. You have people who are coming in, they want to talk to their friends, and they want to have their drink. Take it easy and once you see them start to vibe a little bit more take it from there. Maybe throw a curveball or two, and from there, see what works.

Your first LA show, but not your first time out here. What is the biggest difference between LA and New York scene?

I think the crowd here likes it a little bit harder. But then again, I just performed my set and I did it just like I do it everywhere else. And they vibed with me. It wasn’t extremely hard or anything, it’s just the approach I usually take when I jump into a set. I saw that people are still coming in and I knew the person after me is going to go 138 trance. So, I knew where to go from there. 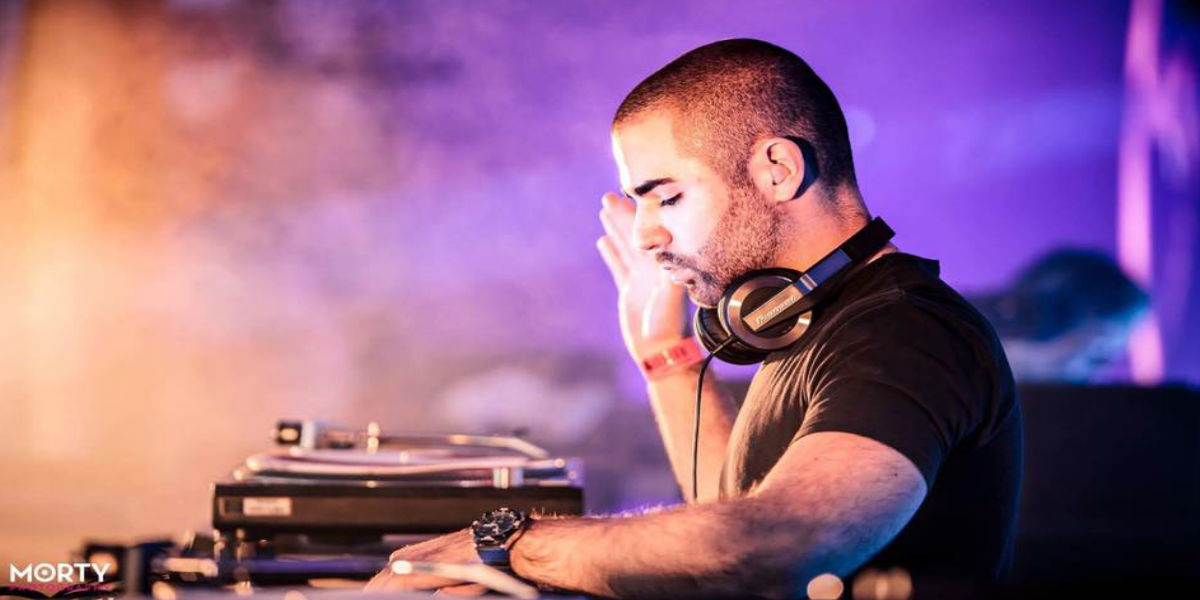 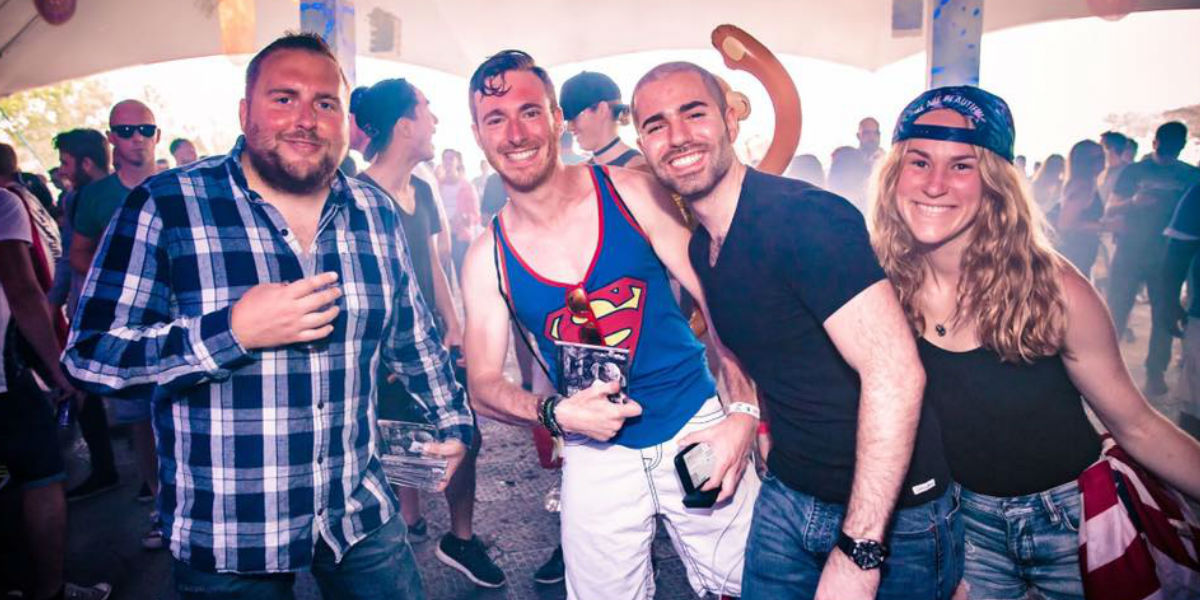 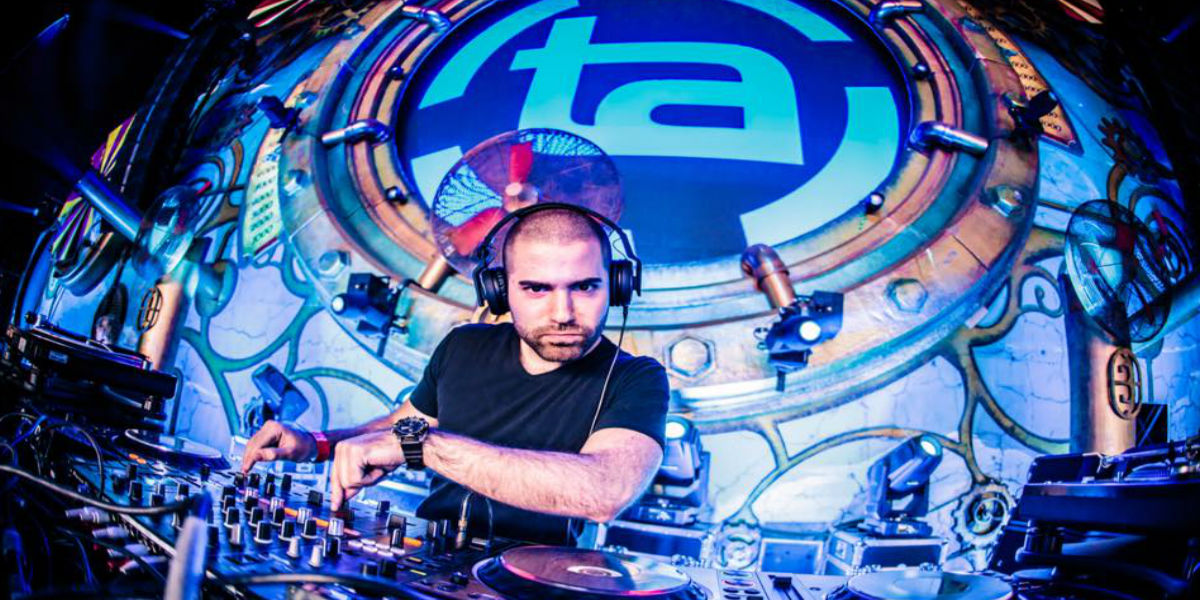 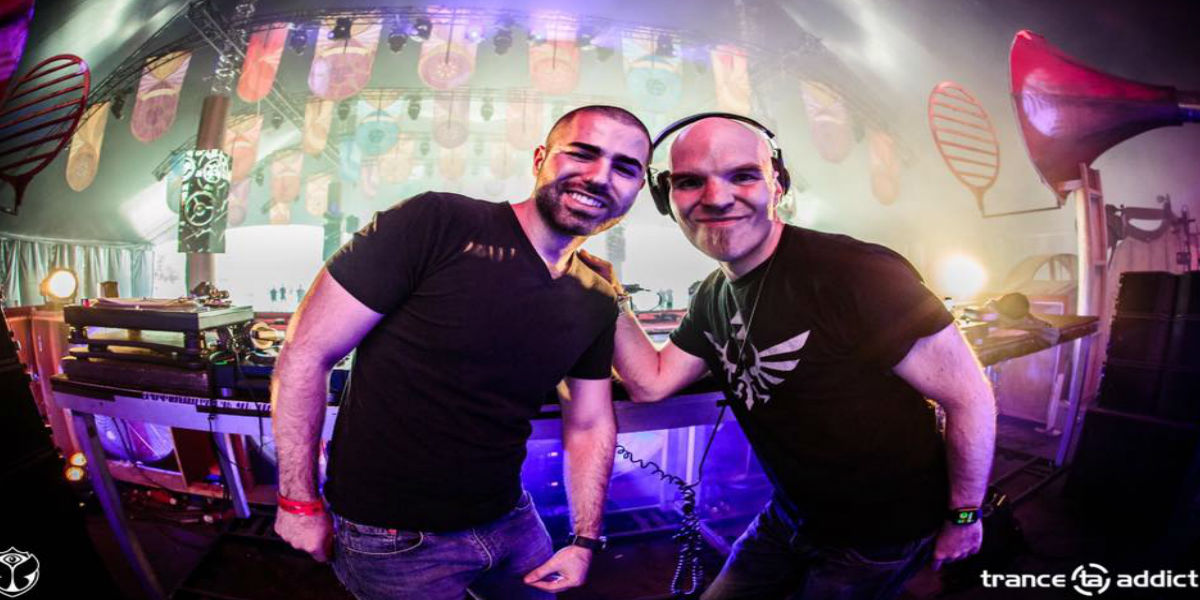 Progressive trance is picking up a lot steam in the larger trance scene.  Why do you feel this push is happening?

A lot of progressive trance guys are really creative with what they do. From the bass line to the melodies, it’s all about the groove and fans like that. People like to go to different things and people want to explore different genres. They don’t want to hear things over and over again. It would be boring just to play the same thing for like 4 hours. The same BPM, the same style, people want to have a little bit of this and a little bit of that.

I mean back in the day, progressive was higher than 130 BPM, and even like Sasha and Digweed, progressive still bangs that out. It was amazing

It’s groovy, it’s something different, you still get those melodic vibes, which is what I love about trance in the first place. I just don’t like just straight drum n’ bass, although it’s nice, but progressive you get it all

You have some solid original tracks, especially with Thanos and Search For Self.  Where do you draw your inspiration? How do you decide a track is complete and ready?

That is hard and it depends because with most tracks, I usually take the same approach. I just shoot from the hip and sometimes inspiration from what is going on in my life or inspiration from what tracks I am listening to at the moment. It all pretty much depends on what I am doing. Like right now, I am working on two tracks. I am not going to say where they are going to go, cause I don’t want to spoil it. But, one is going on a very good uplifting label, very well-known if you are into trance, and the other one is going on a little more underground type of label; progressive trance type of stuff. I actually played it tonight, it went really well, and it was my first test run of the track. I know it will do well just by the crowd reaction.


I always say the LA crowd is a very picky crowd, and that is because LA has a lot of options.

Yes like tonight. There are a couple of trance shows, on top of that there is techno events going on, another progressive event going on. I like to talk to the crowd and see what’s going on and there are [at least] 4-5 different events. I had a very decent crowd, a crowd I can definitely work with. The DJ before me left off (Cipher) and I knew this is where I needed to start. I was like, ‘let me see where this goes and take it from here’. Once I got the crowd, I was like ‘let me dig in and throw a curveball’. When I did, I was looking at the crowd and I saw them vibing and thought, what should the next track be.

If you could live by one motto what would it be?

‘Be different’ is the first thing that came to mind. If you have a bunch of people who are doing the same thing, it can be kind of boring. Like I said this whole time, throw some curve balls. Try something different, something new and maybe you will get a good reaction from it. It’s kind of comfortable to stay in the same place, but trying something different can really get you going. Especially in music and maybe in life too.

You can’t just be different. You have to take time and practice. You can’t just say ‘hey I’m doing something different with no practice at all’. It takes time.  I am 25 right now, I was 18 when I got serious. And I downloaded FL Studio software when I was 16/17 that was because I heard Exploration of Space. I needed to remake that track and from there, I was like ‘let me try to remake this track’. I want to say most producers when they start, are influenced by what they like, and once they start really getting into it, they start building their own identity and I think I am somewhere there starting to build my own identity. 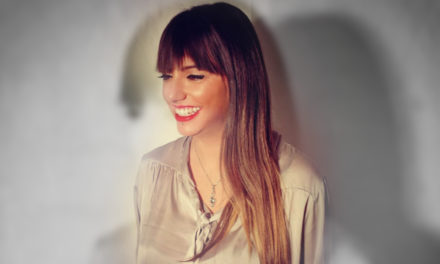 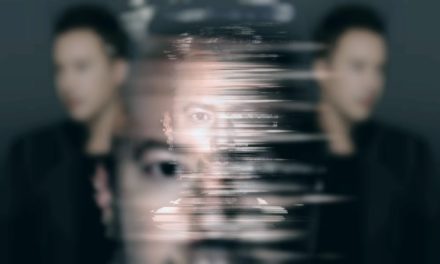 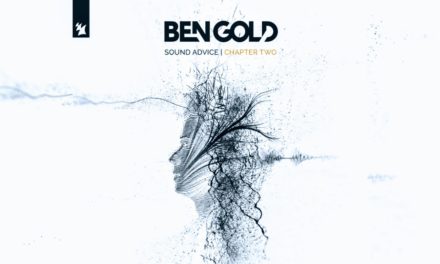 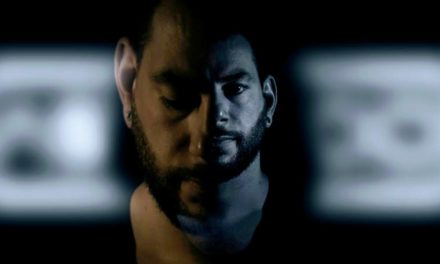