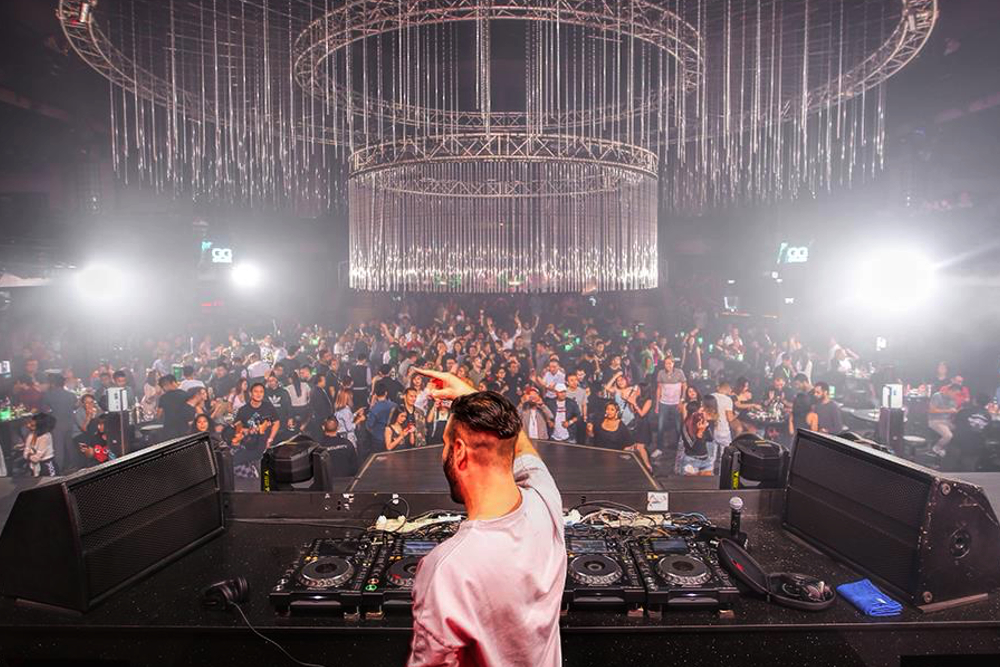 In the industry you come across all types of personalities

The ones who take themselves way too serious, the super shy ones, and once in a while you come across someone who just genuinely loves life and is fun to be around. A person who brings out the silly in you. Isaac Vissers, better known as Fisherman is that person. I have not laughed so hard during an interview in a while. The most impressive aspect was his playfulness did not overpower his thoughtfulness and knowhow of the scene. Being a part of it in over a decade, he has taken a control of his career and started solo. Knowing nothing happens overnight, Fisherman is taking the right path forward. I wish him the best in all his future endeavors and hope he never loses his witty and enjoyable personality

Thank you again for taking this interview with me. As we get started, I would like to address the elephant in the room. In late November 2017, you and longtime partner Rob Koopmans went your separate ways to both focus on Solo careers. How has the transition going from duo to a solo act been? Any regrets?

Well, of course new start takes time. When you start from scratch again and everything takes time again. I don’t regret it, because this is what I wanted. I wanted to just make a new start with my career, because I thought it would be the right time. I just felt like [it was right]. Like with every new start, you need some time to build your career again. I needed some new music again, I needed to shape up again. I am fine now, like after half a year or maybe even longer, now tracks are starting to get finished and signed and everything is starting to roll now. It was a little bit quiet, but only just to rediscover myself I think. All for the best.

Coldharbour has been supportive of you and your career since you broke through. How does it feel knowing you have the support from such a massive label?  What has been the best advice Markus Schulz has given you?

Having the support from such a big label and of course such a big artists in the trance scene, it is very important. Doesn’t matter if it is Markus Schulz or whoever, every support is important. If it is Coldharbour or play on ASOT, every support is important. That is what you are aiming for as an artists. You want the support of everybody that is your goal. So yeah! I have had the [support] from them in the scene for a couple of years already, and also now for Fisherman, the solo project, it is really something…it is a good thing. It feels good, knowing they have your back.

Your remix of Markus Schulz’s “Favorite Nightmare” got a lot of support early especially from Armin on ASOT. How does it feel to hear your track on such a large platform? Were you surprised by the support?

It is always good, like I said before. Every platform, every support is important for an artists. So whenever your track gets played on a show like ASOT or Global DJ Broadcast, or even like some of the other shows, like Ferry’s or Cosmic Gate, it’s good. And it’s all these things combined that give you the feeling that you worked hard for this and that you earned something that is great. People like this, and they dig it, and they want to show it to the rest of their followers too you know. That is great.

You have had a pretty busy year touring and traveling. What can fans expect for the end of 2018? How would you like 2019 to be different from 2018?

A couple of tracks are coming out of course, I just finished another single which is already sign on Coldharbour that I am going to test out tonight.  I really hope the LA crowd is ready. I am pretty sure everyone will dig this one. Another one is also finished by the way, which is the Airwalk Festival anthem. Which is the festival I am doing in …., my own hometown, that I am doing at the end of the year, November 10th. That is such a big line up, Markus is playing, Ferry, Ruben De Ronde, David Gravell, Orjan, and even some psytrance will be playing. So I worked on my anthem for that, just to give it some extra more vibe, and extra dimension. So that one is also finished and I cannot wait to test that one out too and to spread it out the world also. Because this one is really unique, something else. That is for the end of the year, and for 2019 so many things, I also love to do somethings with Nifra, the back2back you know, but more special occasions like at cool venues we like. So that is something that will happen more in 2019, so look for some special occasions, some special venues. For the rest, bring some more bangers of course, because that is what everyone wants.

You have teased about Vinyl’s. What are your thoughts to this medium of djing? Do you feel since we have moved away from Vinyl sets there has been a loss to the art of djing?

Fisherman: Aww, you mean the tease I did on Instagram, well, that is kinda funny because…

Fisherman: Edit that out, I did this just to [have fun]. I have such a big collection still from 10 years ago. Because I started back with vinyl back in the days, when I was 16. I started to buy vinyl, I have such a big collection still of all kinds of stuff, hardcore, industrial, techno, trance, progressive, what else, drum and bass. You name it, I have it. There was one time, I even wanted to sell all these records, for like $.50 per record, thank god I didn’t.  Because now I still want a vinyl player because I still want to play. I wish I had it still. From time to time it is really nice just to put on a vinyl and you know just listen to the old days and just get a little bit of homesick or how do you call it, “The good o’ days”.

But I was teasing, actually, what I did there was just too….you know never mind. I am not going to tell you the secrets. I like somethings to sometimes to make something special about it. Hype things up, you need to make it special you know. It is not just about plays on the radio any more. You need to hype your own stuff too. That is also sometimes a challenge, but also nice. This was one of them. 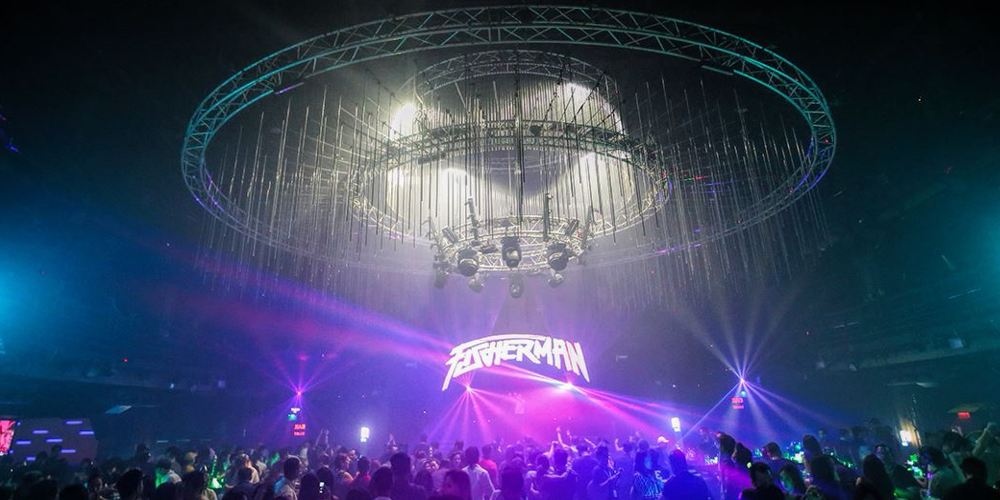 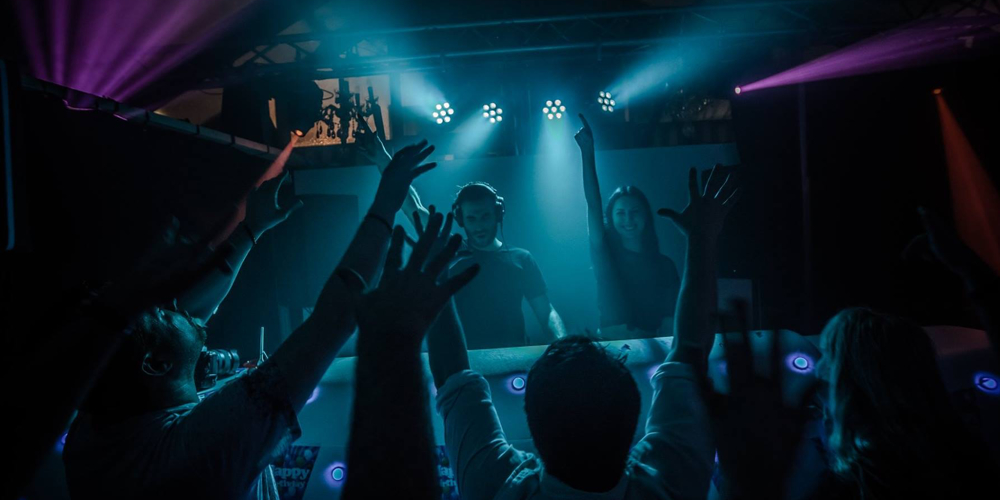 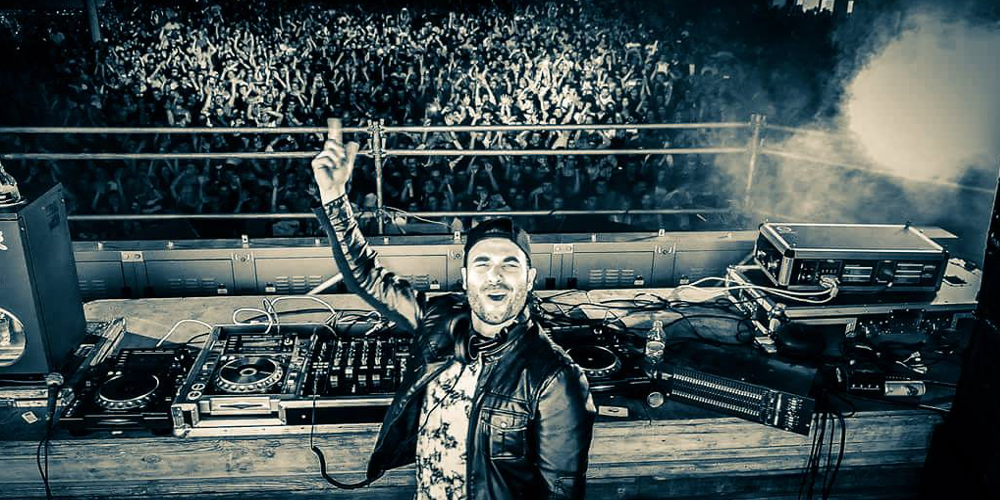 Do you feel since we have moved away from Vinyl sets there has been a loss to the art of djing?

No, no I wouldn’t say that. Well if I have to be honest, I still like to play vinyl, to me personally…

Nifra: He is very good with vinyl

Fisherman: Make sure you record that!  Back then it was all about just making two vinyls into one another and that is it. It wasn’t really about stealing the show, and twisting all the knobs and on every turn table/player/whatever. These days, that is more the thing and I am a vinyl lover you know, but I also love to play with the new gear. I don’t know if it is lost or if it changed everything. I wouldn’t say that, because of all the extra stuff you can do and all the special [effects] made it may be easier, definitely due to all the options you have. But, I don’t know, I don’t think it changed it in a bad way or something.

In 2016, you performed your first B2B with Nifra. How does it feel to take the stage with your Girlfriend? Any differences from other duo’s or b2bs in the past?

It is kind of hard to be completely honest. Because she is such a control freak (as Nifra sits across from him)….no no no, that is all BS. I have to do everything always that is also BS. For real, to be on stage together, and because we share exactly the same sounds and the goals for our careers it is super, it is really cool, I don’t know what to say,

I kind of put you on the spot huh?

We met through this music and through the touring and the label and everything. One on one is definitely like two, we are like soul mates and we share the same energy on stage.

In May you launched your merchandise, how has that gone? Any new products fans can be on the lookout for?

At the moment that I needed the logo, I needed a new one. I decided to make a few test merchandise. The merchandise is definitely coming soon, not sure yet what it will be, but I want it to be special, not just like a black t-shirt with a logo. I want to come up with something that is more interesting for people to buy. So I am still thinking about it. It will come, but first is now the music, and that is what I am focusing on.

I have a couple of mottos, one of them is like “Don’t be too serious,”  life as a DJ is already too serious sometimes, so just be fun, be a F*in crazy monkey and ‘raise your F*in fist’ that is very important. Especially for the people on the dance floor, to raise your fist to the Fisherman song! 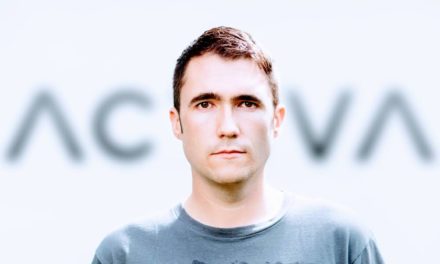 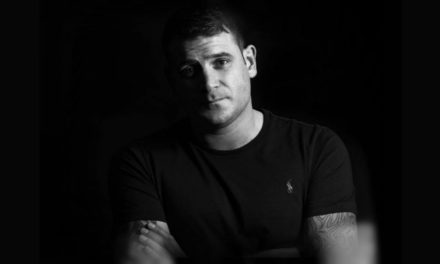 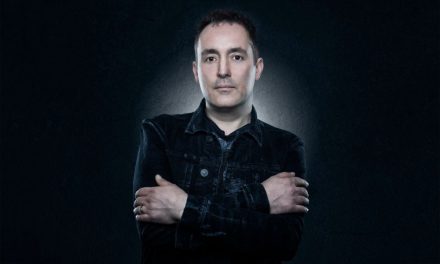 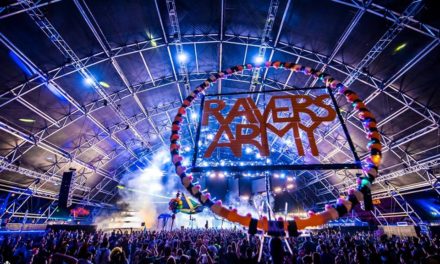